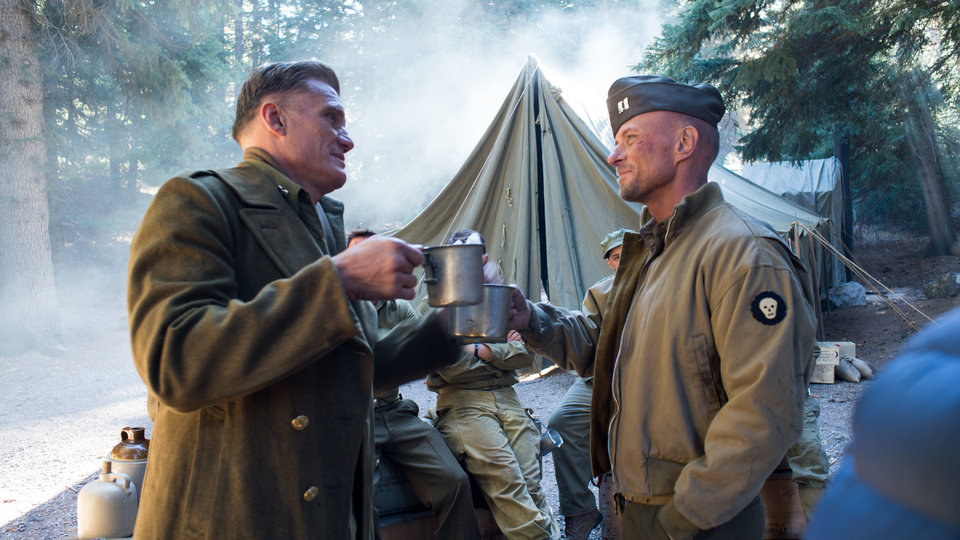 World War 2 Army Captain Jack Wosick (Luke Goss: Hellboy II, Tekken) has been dismissed in disgrace, but when he’s challenged to lead a rag-tag team of misfits on a top secret mission he has the chance to redeem himself. The unit, known as the War Pigs, must venture behind enemy lines to secure Nazi developed Super Weapon the V3 – a massive artillery canon that would provide an insurmountable advantage against the allies and must be seized at all costs.

Stakes are high and chances of success are slim but the team have the backing of the experienced Captain Hans Picault (Dolph Lundgren: The Expendables) and battle hardened Colonel AJ Redding (Mickey Rourke: The Expendables, Immortals). WW1 veteran Jack, determined to succeed at whatever cost, must lead and earn the respect of his new squad to form a high functioning unit and defeat the enemy.

Packed with brilliant performances and mind-blowing action, War Pigs is an essential addition to any war film collection!

To be in with a chance of winning one of 3 War Pigs Blu-rays, just answer the question below.