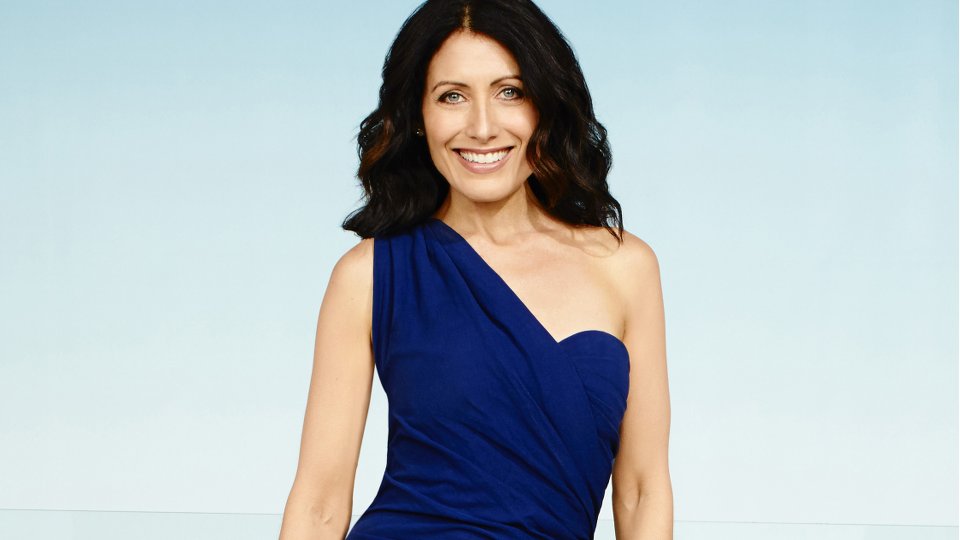 Lisa Edelstein is probably best-known in the UK for her role as Dr. Lisa Cuddy on the hit series House.

The actress is now the star of new comedy drama Girlfriends’ Guide to Divorce, which finally arrives in the UK next week. The show is based on the Girlfriends’ Guide series by Vicki Iovine and has already been renewed for a second season in the US.

We caught up with Lisa to find out more about the show ahead of its UK debut next week, discuss how she got involved with the show, and talk about working with TV legend Marti Noxon.

Hi Lisa. How are you today? Where does this Q&A find you?

I’m fantastic! I am sitting in my home office for the first time in four months! We have a week-long hiatus. What a treat! It’s been a very busy, very intense summer with a few more months of shooting to go.

Girlfriends’ Guide to Divorce is finally arriving in the UK. Tell us the basic premise of the show.

I am so thrilled that it’s finally going to the UK!!! Thanks Lifetime! I play Abby McCarthy, author of the Girlfriends Guide series of books, Girlfriends Guide to Pregnancy, Girlfriends Guide to raising a toddler… When we meet her, she is just about to come out with a book about keeping one’s marriage hot and sexy, but she is hiding the fact that her own marriage is nearly dead. In just one episode Abby feels her first pair of fake boobs, has her first younger man experience, destroys her career and deals the final death blow to her marriage. Welcome to the beginning of Season One!

Those who know you from your role on House may be quite surprised when they see you as Abby. The role is quite different for you. What attracted you to it and how did you get involved with the show?

Playing Abby is SUCH a blast. It’s funny, it’s sad, it’s raw, it’s funny again… What an incredible opportunity! It’s great that people might remember me as Cuddy going in, but I don’t think they’ll confuse one woman for the other once they start watching the show. Though it might be a surprise to people who only know me from “House.” Abby is one of those roles where I get to use much more of myself than I ever have before. I feel so fortunate!

Marti had actually approached me about doing the role a few months before, although I still had to prove myself to the powers-that-be. I love being able to tell such a nuanced and complicated story. Marti writes in a way that is incredibly emotionally intelligent.

Girlfriends’ Guide to Divorce has already been renewed for a second season. When you were filming the first season were you confident that the show would be a hit?

I don’t think you can ever really be confident about a second season, I’ve seen too many great things disappear (and mediocre things go on and on and on and on…), but we definitely felt great about the work we were doing and the stories we were telling. Once it started to air I felt even better because people were responding in such a personal way. They didn’t just stop and say something nice about the show, they connected it to their lives, they wanted to share reasons and stories…They took it personally. THAT made me feel really good.

Executive producer Marti Noxon, who also developed the show, is somewhat of a TV legend. What was it like to work with her on the show?

Working with Marti is a DREAM. First of all, she’s a great gal. She is smart, hilarious, hard-working, intense, brilliant, creative… She is also super psyched about the talent she hires. She wants everyone to contribute and every contribution to be noted. She loves good ideas no matter where they come from. I have never been so included in the process and felt so trusted in my work. Because of that, I’m learning more than ever before and I’m working harder than I’ve ever had the opportunity to do. What an amazing thing!

Taking a moment to look back over your incredible career so far, what would you say has been your favourite role to play and why?

What else do you have coming up before the end of the year?

Right now I’m focused on the last few months of filming on this show. We won’t be done til just before we premiere Season 2 in December. So no plans yet about the future, except maybe a vacation???

Why should viewers in the UK tune in to Girlfriends’ Guide to Divorce?

And the men aren’t the bad guys.

Some of them are, in fact, very very NOT bad.

Girlfriends’ Guide To Divorce premieres exclusively on Lifetime on Tuesday 15 September at 10pm.

In this article:Girlfriends' Guide to Divorce, Lisa Edelstein