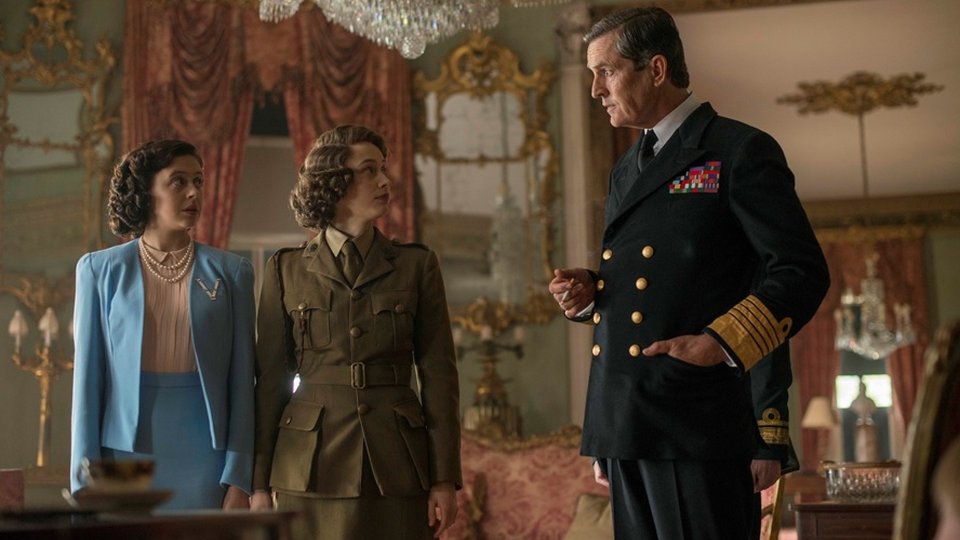 A Royal Night Out is out now on Blu-ray, DVD and On Demand. Inspired by true events, this heart-warming, wonderfully nostalgic romantic comedy tells the riotous tale of a beloved future monarch experiencing the energy and spirit of one of the most unique nights in history.

VE Day, 1945. Across Europe, people are celebrating the end of the war. London overflows with celebration and after pleading their case to their parents, two young girls are allowed to leave their house and join the party. Nothing particularly unusual about that… except, in this case, home is Buckingham Palace, and the two young girls are Princess Margaret (Bel Powley – The Diary of a Teenage Girl, TV’s Little Dorrit) and the future Queen of England, Elizabeth (Sarah Gadon – Belle, Dracula Untold).

Quickly giving their chaperones the slip, Elizabeth and Margaret are separated by the vast, lively crowds; and whilst Margaret is swept away by officers and taken into the heart of the party in Soho, Elizabeth finds herself enjoying a very different kind of evening; in the company of young, cantankerous, and rather handsome RAF airman Jack (Jack Reynor – Transformers: Age of Extinction, Macbeth), who happens to be AWOL, and is guaranteed to be arrested if he crosses the path of the Military Police…

Also starring Rupert Everett (St. Trinian’s, Stardust) and Emily Watson (Testament of Youth, The Theory of Everything), A Royal Night Out is a delightful look at what might have been – offering a wistful and thoroughly enjoyable insight into one of  the country’s most memorable celebrations.

To be in with a chance of winning one of 3 copies of A Royal Night Out on DVD, just answer the below question correctly.