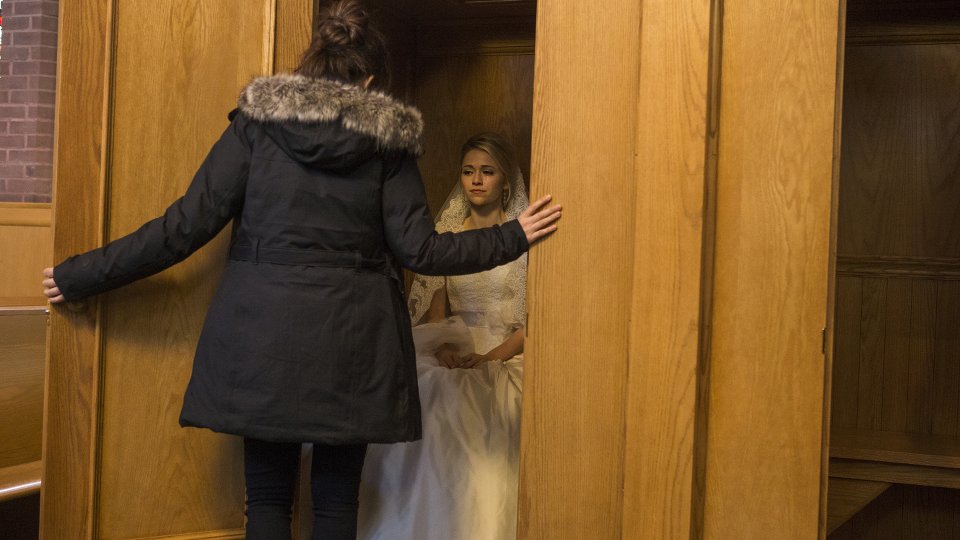 Rachel (Shiri Appleby) has got a pretty big decision to make on the season finale of UnREAL.

Her indiscretion with Adam (Freddie Stroma) is looming large after Quinn (Constance Zimmer) stumbled upon the footage of the two of them having sex. Having just patched things up with Jeremy (Josh Kelly), Rachel was desperate for her secret not to be revealed and Quinn used that to her advantage. If Rachel agrees to go into business with Quinn and Adam gives Everlasting a big TV wedding for its finale, Quinn won’t leak the tape.

Things got even more complicated when Adam asked Rachel to run away with him and told her that she’s the one he wants to be with, not any of the Everlasting girls. Talk about a dilemma!

Elsewhere in the episode Quinn put her plan into motion to screw Chet (Craig Bierko) over, Dr. Wagerstein (Amy Hill) used her knowledge of Quinn’s plan to blackmail Chet, and Adam chose to send Faith (Breeda Wool) home after she pitched a sham marriage to benefit them both.

The season finale is Future. An unwanted guest returns to the set; Rachel faces a betrayal; Adam makes a large, life-changing decision.