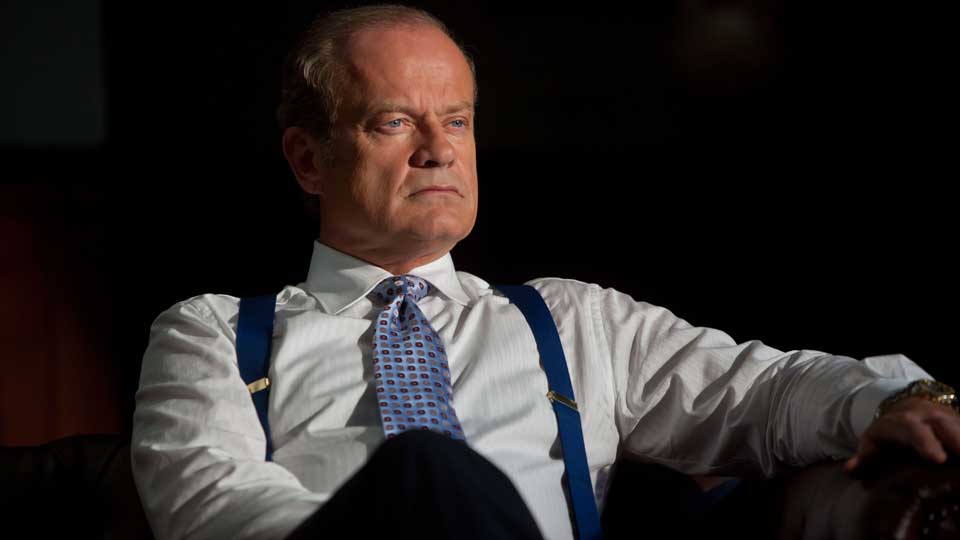 Mayor of Chicago Tom Kane (Kelsey Grammer) is well-respected, feared and obeyed in equal measure. Getting his hands dirty for the good of his city, Kane is prepared to go to almost any lengths necessary and his people look the other way trusting he’s doing what’s best for the people. When he’s diagnosed with dementia, Kane tells no one around him other than his physician determined to remain in charge and keep his secret. Surrounded by staff with their own political ambitions, Kane soon learns he can’t trust anyone anymore not even his own memory.

Boss is a gritty political drama that casts a light on the darker side of politics. Sadly the show was cancelled after two seasons despite critical acclaim and rumours suggest a film could be on the way to tie up all the show’s loose ends. At the forefront of the show is Kelsey Grammer’s remarkable performance as Tom Kane. He is fearless and we’ve never seen him act with so much conviction. Those that know Grammer best from Frasier will be surprised by how good a serious actor he is and it’s definitely a tour-de-force performance from him.

Kane is surrounded by a variety of people who are all looking after their own interests.  His advisors Kitty O’Neill (Kathleen Robertson) and Ezra Stone (Martin Donovan) both have their own agendas. Kitty is having an affair with Illinois State Treasurer Ben Zajac (Jeff Hephner) who is harbouring his own desires for political power whilst Ezra is making decisions on behalf of Kane without his knowledge. Throughout the first season Kane is dogged by reporter Sam Miller (Troy Garity) who is close to discovering that there is something seriously wrong with the Mayor’s health. Kane also has to deal with his scheming wife Meredith (Connie Nielson) and his estranged drug addict daughter Emma (Hannah Ware) who he is trying to rebuild his relationship with.

Boss: Season One demands that you pay close attention to what’s going on. There are many storylines going on at once and it can become pretty complicated if you don’t focus your attention solely on it. The depiction of politics in Chicago is one that is at times depressing and others a bit scary. The show is full of twists, sex and violence, and is definitely not an uplifting show. Kane’s difficulty dealing with his failing health combined with his tough job as Mayor sends him into a downward spiral that makes him question everything and everyone.

Boss: Season One is a bold series but it is lacking something we couldn’t put our finger on. We didn’t particularly find it gripping despite the stellar performances from the cast and the plot can be a bit difficult to follow at times. The show is incredibly dark and definitely not one for people who like their drama light. We’d say it’s worth watching for Kelsey Grammer’s performance alone but we’re not convinced it’s going to be considered a classic in years to come.