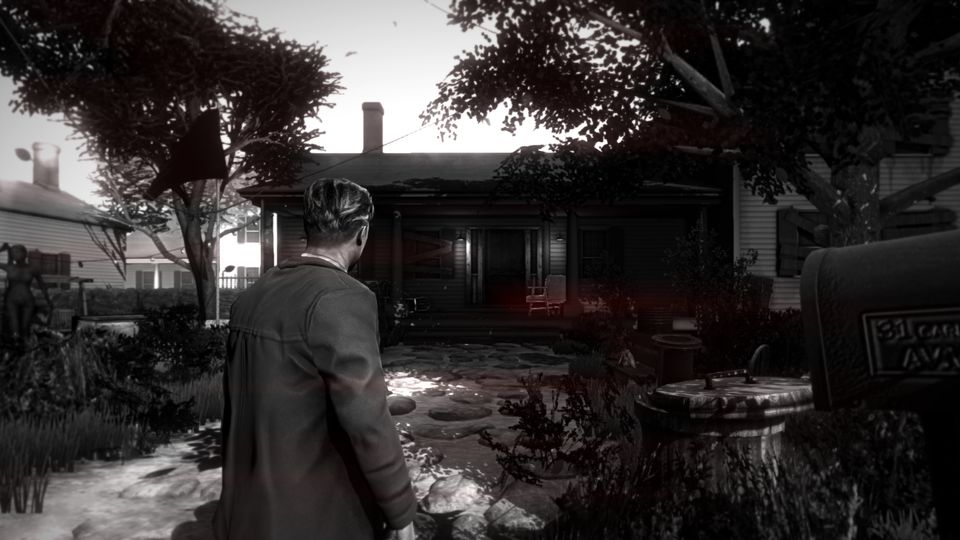 I’m a recent convert to episodic gaming mainly thanks to the many adventure games from Telltale and the wonderful Life is Strange from Dontnod Entertainment. A Crowd of Monsters (Funk of Titans) is the latest company to have a stab at their own episodic series.

The End of Peace is the first of five episodes of Blues and Bullets season one. The first episode of any episodic series always has a tough task to set everything up for the rest of the series. The game is a noir adventure that puts players in the role of real-life investigator Eliot Ness. He is most famous for his efforts to enforce Prohibition in the 1930’s and was also the leader of the legendary team The Untouchables. His work helped to bring down infamous gangster Al Capone – who also plays a part in the game.

Although inspired by these famous men the game doesn’t follow real-life events and is instead set in an alternate reality. Instead of Chicago events are set in a fictitious city known as Santa Esperanza. The bulk of the game is set some 20 years after the fall of Al Capone led him to being imprisoned. He’s just been released from jail and Ness is now spending his days running his diner – Blues and Bullets.

There’s an unsettling tone to the game as children have been going missing. They are being kidnapped by some bizarre cult who are keeping them imprisoned and doing all kinds of nasty to them. One child that they have taken is the granddaughter of Al Capone. The police seem to be turning a blind eye to events so Capone seeks out Ness for help.

It’s an interesting setup made even better thanks to the visual style of the game. It feels more than a bit Sin City with the developers choosing a high-contrast black-and-white aesthetic. About the only colour you see in the game is red which contrasts brilliantly and really makes things such as blood standout.

Red is also used to highlight objects of interest that you can interact with. As you move around the environments red eye icons appear when there is something to look at. This eliminates the frustration of finding clues allowing you to keep progressing but also makes things a bit too easy.

There’s one gruesome crime scene that does a great job of letting you work out what has happened. As you scour the environment for clues you also have an evidence board where questions are posed. Questions can be answered with the right clues which then lead to more questions. This continues until you’ve pieced together the whole picture.

The characters that you meet look great and sound better thanks to the excellent voice-acting. Ness is voiced by Doug Cockle (Geralt, The Witcher 2 & 3) and some of the other voices are provided by Jules de Jongh (Faith, Mirror’s Edge). The writing is also decent and conversations give multiple choices allowing your decisions to impact the story somewhat.

This episode will take most players around 90 minutes to complete. Blues and Bullets feels a little slow at times but there are also some exciting action sequences that demand more of the player. These include cover-based shootouts and a fast-paced QTE fight. If you fail at these then the game drops you back to the start of them to try again.

On the PC version we encountered a couple of issues with the framerate dropping and lighting issues which occasionally led to odd shadows. There were also some scenes that appeared to be too bright making things hard to see despite changing the brightness levels. We also had some issues when using a game pad on the shooting sections and the in-game menus resulting in us going back to keyboard and mouse.

Overall I was pleasantly surprised by the first episode of Blues and Bullets. It was a promising first episode that left me looking forward to episode two. However going forward I’m hoping for some tougher difficulty, lengthier episodes and a bit more to do. Crime and adventure fans should consider picking this up.

In this article:A Crowd of Monsters, Adventure, Bullets and Blues, PC, Xbox One