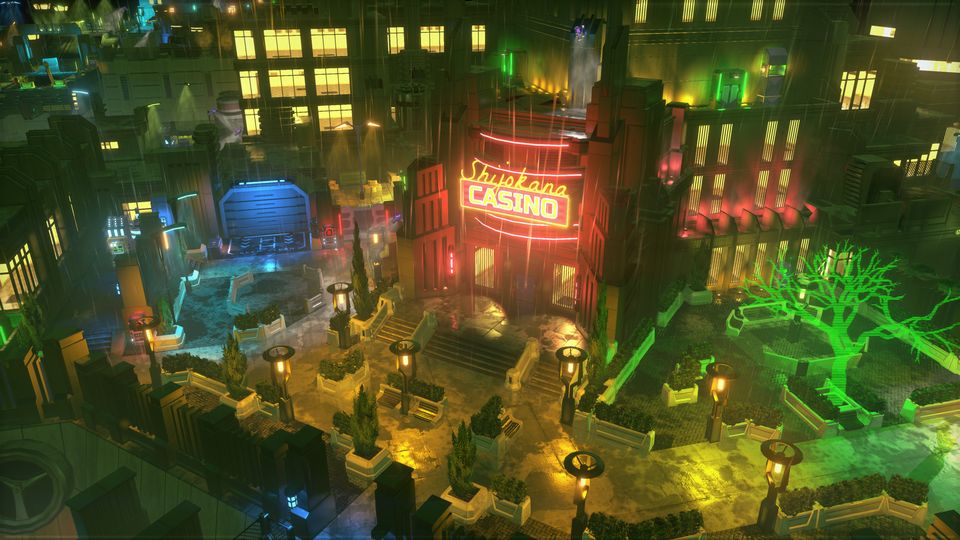 Syndicate, on the Commodore Amiga, is one of my favourite games of all time. I spent countless hours back in the mid-nineties guiding my squad of cyborgs on missions that led to world domination. I also played the PC sequel Syndicate Wars to death.

Like many fans of the series I was excited for the 2012 reboot but was left disappointed when the Syndicate universe was re-imagined as a first-person shooter. It was a decent game but completely lost that wonderful tactical squad-based gameplay that made the original so popular.

Incredibly for near 20 years there’s never really being anything quite like the original series. This all changed in 2013 when Brisbane-based 5 Lives Studios ran a successful Kickstarter for Satellite Reign. The game was to be a spiritual successor to the Syndicate series and was led by Mike Diskett, the lead designer of Syndicate Wars.

It’s been almost nine months since I last checked out the game in Early Access. What was there was impressive but there were still many elements missing. Firing up the release version of the game it’s immediately clear that a lot of effort has gone into it since the first Early Access builds.

The visual style initially feels like something out of The Matrix films as you navigate the menus. Once in game things change to a more cyberpunk aesthetic which 5 Lives Studios have absolutely nailed. The environments look like they’ve been plucked straight out of Blade Runner. It’s always raining and the dark streets and dirty alleys are illuminated by large animated billboards and neon signs.

The city is massive and it is divided up into different districts. It also feels alive with crowds of citizens going about their business while hover cars float by. It’s an intimidating place to be and this is further reinforced by patrolling guards, electronic barriers blocking paths and surveillance cameras watching for illegal behaviour.

The original Syndicate gave you a squad of four cyborg agents who were all interchangeable. Their differences came from the type of guns they were carrying. For Satellite Reign the developers have chosen a class-based approach which works very well.

The initial mission starts you with one agent as you learn the basics. Moving around is as simple as clicking and your agent will walk there. Double-clicking will issue a sprint command which is limited thanks to a stamina bar. Clicking near cover requests your agent to take cover in order to remain unseen or reduce the damage taken during a firefight. The best way to stay safe is to put your weapons away until you need them.

If you find a new weapon you can give it to an agent to use right away or send it off to be researched first. Research costs cash but is worthwhile as you can then use the weapon in future. Should you opt to use it instead and get killed then it will be lost.

Eventually you will have four different agents at your disposal who can all use weapons. The Soldier is a weapons specialist capable of dealing the most damage to enemies. The Support class is able to heal. The Infiltrator is the stealth operative and finally the Hacker can hack into electronics as well as persuade citizens.

Having classes actually encourages you to split your team up and this brings a huge amount of variety to how you can tackle a given situation. The result is a game that rewards thought and planning. Still if you prefer to send your group in all guns blazing then that’s fine too. There’s no right way to play which brings immense replay value.

You can also upgrade your agents skills to fit with your preferred play style. As you unlock new missions and areas it’s also completely up to you what order you tackle them in. Ultimately you’re trying to take down an evil corporation and Satellite Reign does a great job of giving you freedom to choose instead of forcing things on you.

There’s an example early where the final member of your squad is being held captive at a police station. You can attempt to free them by force, hack and sneak your way in the front door, sneak around the back and then enter unseen via the roof or even zip-line across from an adjacent building.

To help you plan your tactics one of your agents has a special World Scan ability that gives a kind of x-ray view. When in this view you can identify things like which terminals to hack to open a door or disable security cameras. When you do enter buildings you don’t actually get to see what happens inside so you have to wait until the game explains the outcome.

Stealth play definitely feels the most rewarding when things go your way. If you do get spotted you have a short time to fix things by doing something like running away and hiding among the crowds of citizens. If you’re in a restricted area with your weapons hidden you might get away with just a warning by complying with the guards. If you leave your agent alone they will do as they are told and if you’re lucky you might just get escorted off the premises.

You also have the options of bribes or just attacking. When things go bad guards will call in backup leaving you with just seconds to make a decision on what to do. Adapting to these evolving situations can be stressful but it’s so rewarding when you get it right. These are the moments that you’ll want to tell your friends about.

If an agent gets injured you can revive them with another agent. If they die then you can pay to have them respawn immediately or wait a short time for a free respawn. Death is never final in Satellite Reign thanks to Res-Tech which allows a person to be copied into another body. It’s important to activate Relay Beacons around the city to take advantage of this tech.

I did come across a few issues mainly around the guard AI. I’ve come across guards stuck in corners and even sometimes out in the open. It’s happened very infrequently but when it has the stuck guards have completely ignored my agents. I’d imagine the developers will patch issues like this quite quickly.

Satellite Reign has been a long time coming but I’m pleased to say it has been well worth the wait. Syndicate has finally been bettered making this an essential title for fans of the genre. Highly recommended.