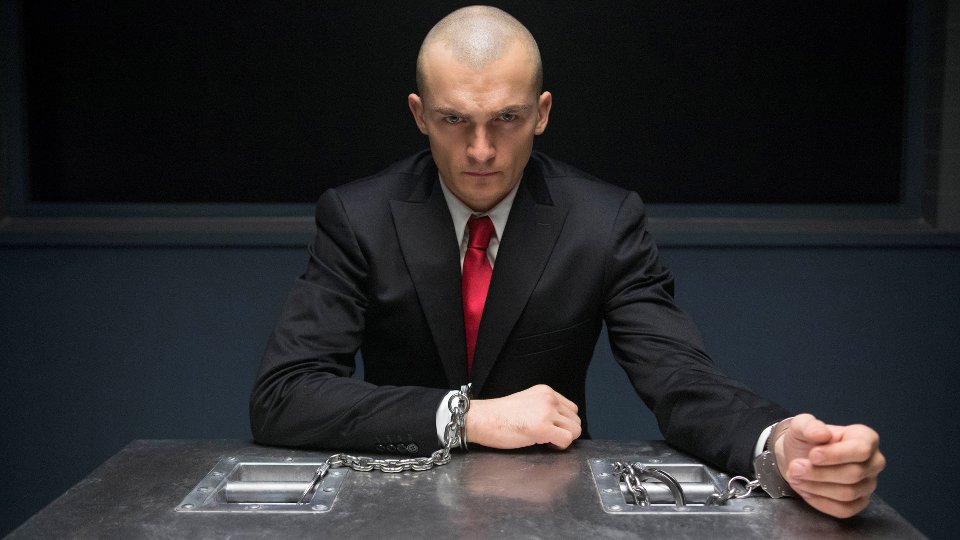 Rupert Friend stars as the slick, suited assassin in the reboot of the hugely successful Hitman video game franchise.

“We wanted a fresh start and a brand new take on this iconic figure,” begins Alex Young, one of the producers behind the globe-trotting reboot Hitman: Agent 47.

This take on the infamous Hitman character, so recognisable for his black suit, red tie, and mysterious barcode tattoo from which he takes his name, aims to give new life to a character who was first seen on our screens back in 2007. In the first film, audiences saw the titular hero played by Timothy Olyphant. Replacing Olyphant in the reboot is Rupert Friend, best known for his role in the Emmy Award-winning Homeland, who is joined by Zachary Quinto, best-known for playing Sylar in Heroes and more recently in FX’s anthology series American Horror Story, who takes on the role of the sinister John Smith.

The film, like its predecessor, is based on the 2000 video game developed by IO Interactive, which subsequently has spawned 6 additional instalments across a variety of platforms and devices. In this fresh take, Agent 47 is hired to take down the mega-corporation for which Smith works, as well as unlock the secret of the genetic code in order to join his fellow clones in creating their own army of genetically enhanced killers. It is on this mission that 47 encounters Katia (Hannah Ware, Shame, 2011), a young woman with a hidden past who might hold the key to destroying the corporation.

Bringing fresh eyes to this long-standing video game character is the first-time director Aleksander Bach. Previously, Bach worked as a commercials director but landed the role of the director when he submitted a sizzle-reel that explored his take on Agent 47’s story. With his take on the story, Bach wanted to explore the idea of whether it is possible, “to remove emotions like love and fear, which make us human?”

Adding to this is what Bach calls a “slick and gritty,” approach – meaning a combination of heart-pounding fight sequences while also exploring the emotional depths of the characters. Ultimately, the director wants “audiences to really feel it- like you are in the middle of a battle.”

For Friend, the appeal lay in exploring the human side of this perfect killer, as he explains; “We wanted to take somebody who is on the surface a perfect killing machine, and then explore his other traits. That intrigued me.” He continues, “On the surface, 47 seems indestructible and a complete killing machine, but in fact he’s an individual who bleeds and feels. He is just very good at hiding it.”

Part of how Agent 47 hides his human side is with his iconic black suit, white shirt, and red tie. Friend recalls how it felt wearing the infamous outfit; “[I know] It’s just a black suit, but when I put it on I felt like an assassin who’s paid millions to do his job,” jokingly adding that his relationship with the suit was like, “Tom Hanks had with the volleyball Wilson in Cast Away.”