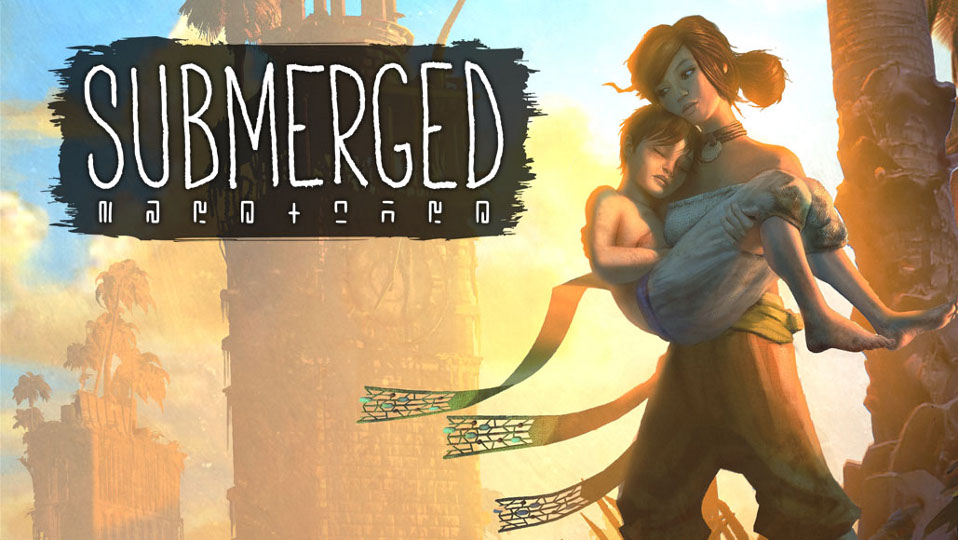 Submerged is the latest title from Uppercut Games (EPOCH/EPOCH 2). It’s a third-person exploration game that appears to take inspiration from games such as Enslaved: Odyssey to the West and The Legend of Zelda: Wind Waker. We’ve been playing the Xbox One version to see if it’s worth your time and hard-earned cash.

In Submerged you play young female protagonist Miku. She arrives at a mysterious flooded city by fishing boat along with her younger brother who is badly injured. After finding a safe place to leave him to rest you must sail out around the city in search of items to help.

The city is vast and has obviously been in the state it’s in for a very long time. The tops of the buildings that protrude from the water look old and are covered in vegetation. As you sail around you can make use of your telescope to survey the various structures in search of items of interest.

Some of the items you discover are floating in the water and these are special parts for your boat. These allow you to upgrade it to increase the boost capacity of the engine and doing so lets you get around faster if you wish.

The majority of the items are to be found in the buildings but only a few can be spotted while in your boat. Most are hidden from view and only by leaving your boat and climbing the many structures can you get the right vantage points to spot the items.

The main story of the game requires you to track down 10 special chests that contain helpful items for your brother. These include supplies such as food, water and medicine. Each time you find one of these chests you are automatically transported to your brother where you get to watch a short cutscene.

Discovering these items also unlocks simple pictures that give some background story on your past. After sleeping you can then go out in search of the next helpful item.

There are also three other categories of things to discover in the city. There are various creatures, points of interest and also secrets. Most creatures are to be found in the water but there are also some mysterious inhabitants of the city called Remnants who seem to be watching your every move.

The majority of things to find are classed as secrets and each of the 60 that you track down unlocks a picture that is part of the story of the city. In our 3 hour playthrough of the main story we found just over a third of the secrets and all the other items. After completing the story you can go back to track down the rest of the items you missed which is going to easily double the play time.

Unusually for this type of game there is no combat. Your time is completely taken up with sailing, exploring, surveying and climbing. Each building has several paths you can take to get to the items. Climbing is very simple and it’s not possible to fall off or die.

Graphically the game looks a bit dated for a new game but it does have its moments. In particular the day/night cycle looks great and the water effects are nice too. The game is built on the Unreal 4 Engine so we were surprised to see frequent drops in framerate. Maybe this will be fixed in a future update.

Playing Submerged is a relaxing experience that you can take at your own pace. It’s an intriguing game but at times feels like something is missing. It probably would have benefitted from an increased difficulty. Inquisitive players looking for something a little different should check it out.

Advertisement. Scroll to continue reading.
In this article:Submerged, Uppercut Games, Xbox One