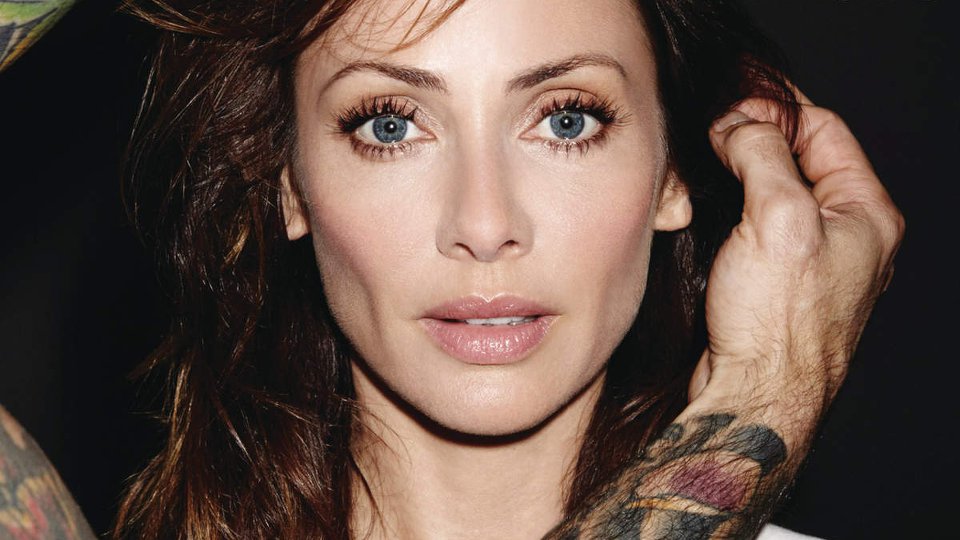 Natalie Imbruglia has been away from the music industry for several years following the release of 2009 album Come to Life.

During that time Natalie has revisited her roots by going back to acting and she’s made her UK stage debut. Now though she’s back to the music with the release of new album Male, a collection of songs originally recorded by male artists.

We sat down with Natalie to find out more about the album, talk about the concept for it and to discuss her long and hugely successful career to date.

Your new album Male marks your return to music. It’s been a while hasn’t it? What was the reason for that long gap?

It has. It’s been about 5 years. Initially I went out to do The X Factor in Australia so I wanted to take a bit of a break from music because I just wasn’t enjoying it. The opportunity came up to do The X Factor, which meant I could live in Australia with my family for a bit so I jumped at the chance of taking a little backseat. I decided during that year I didn’t want to go straight back to music, I wanted to go to L.A. and study acting with Ivana Chubbuck for a couple of years.

We saw you on stage in The Things We Do For Love. What was that experience like for you?

It was thrilling actually because I’d just been studying this method with Ivana for two years, and to have an actual job to apply it to – an (Alan) Ayckbourn play nonetheless – was exciting. To have the chance to work with experienced theatre actors and have them teach me the ropes, so to speak, and bring me into the fold was amazing.

Let’s talk about the new record. The first taster from the record was Instant Crush originally recorded by Daft Punk. Why did you choose to launch Male with that song?

I just get drawn to certain songs and that’s one when I was correlating my list that I just wanted to cover as far as modern songs go. When I looked up the lyrics I discovered how beautiful the melody was hidden under the vocoder, and how beautiful the words were. It was like a whole other dimension to the song and I’d kind of missed it because I was just listening to the music. I wanted to bring that to life and do a stripped back version that’s very vocally driven and you connect more with the lyric.

The songs you’ve chosen from the album you’ve brought something new to and made them sound like your own songs. How did you select the songs to feature on the record?

I tried to pick songs that suited my voice and I knew I could do justice to. There’s a lot of songs if I tried to sing them would have sounded terrible. Part of the process is marry what you can do with the right song. Also I like storytelling so I need to be able to emotionally connect with the song. I couldn’t really sing about something that I have no interest in.

The concept for the record is that you’re covering songs originally recorded by male artists. Where did that concept come from and why did you decide that it was the right time in your career to do an album like this?

I started out making lists of all of my favourite songs and I didn’t really want to near some of my favourite female artists. I just didn’t want to tackle trying to do versions of my favourite songs; it was just too beyond me. I felt with male songs it’s an emotionally different take on it. It didn’t feel like I was going head-to-head trying to do a different version because it was already different. It’s easier for the listener to connect with the song in a new way and it’s just a completely different experience. I found that interesting and once we started on this path it was obvious that they were all going to be male artists.

How many songs did you consider for the record?

Oh I had at least 50. My management had about 50. Billy Mann (the record’s producer) had about 50. We battled it out! It was also a lot of new material from a lot of artists that I hadn’t heard of. It was fantastic to discover some artists as well and dive into artists that I maybe didn’t know so well.

One song that seemed an odd choice on the album is Damien Rice’s Cannonball. That song has been covered to death and we were a little curious as to why you’d picked it, until we heard it and realised you’d done something completely different with it. Were you a bit nervous about covering that song?

I wasn’t. I don’t really base my decisions on what everyone else is doing. It’s a personal thing. I love Damien Rice and I’m a big fan of his music. I could have covered 100 of his songs but that’s the one I wanted to do. It’s a beautiful lyric and we really wanted to do a piano version of it.

We’ve heard that you’ve been back in the studio already recording original material. Are you already thinking about the next album?

Yes I am! It’s very important because I take ages. Look at the gaps between my albums; if I don’t start now we’ll be waiting a long time. It’s just the beginning stages but I’m really enjoying it, which is the most important thing.

You’ve had huge success over your career. Do you worry still about hitting those chart positions and achieving massive sales?

I don’t care. I really don’t care. I want to be able to be successful enough that I can perform some shows. I’m not about chart positions and I’ve never been about that. They help though. They help me get to my fans and tour so that’s why it means a lot to me. If that’s not in place then I might not get to do my thing.

Now that you’ve been in the music industry for a long time, what would you say are the biggest things you’ve learned about yourself as an artist?

I think I’ve learnt not to take myself too seriously. All of the songwriters and artists that I’ve met have the same fears and insecurities that I have. It’s just meant to be fun. You should just make music for yourself and the rest is a bonus. I’m not very good at making it into a career thing. I have a very simple love of music. I’ve learnt a lot though. I’ve learnt since taking a break from it that I probably will always come back to music.

When you left Neighbours and got past the initial eye-rolling that comes with an actress trying her hand at music, did you ever think you could have a career with this longevity in the music industry?

No! I remember thinking that this is going to be it. It was such an overwhelming time and so crazy. I was just worried about getting through the next album and wondering ‘how am I going to top this?’ I couldn’t have imagined that I would have been lucky enough to go on for this long. Touch wood that it continues! Just to be able to be paid to do something creative like this is such a bonus. I don’t need to be top of the charts to have a career doing this. It’s a blessing and I feel very hard because it’s so hard these days for an artist to make a living.

Going back to your time on The X Factor Australia, why did you decide to get involved with the show? People can be a bit dismissive of the platform because they claim it’s too manufactured…

A lot of the industry is manufactured anyway! I think it’s a completely valid format for young talent to be seen and to possibly have a career. I used to do talent contests in shopping centres and I know what it feels like to just want to have an opportunity to be seen and heard. We don’t have entertainment shows like we used to. This is all kids have got to really express themselves. They can be free to make music at home and do their YouTube videos. It’s not one without the other, it’s just another way. I’m more of an inclusive person than ‘that’s the death of the music industry’. That’s just not my take on it.

Let’s go back to Male for a minute. What do you hope that your longtime fans take away from this record?

This album is for people that have grown up listening to my music and grown with me. I just feel like I wanted to make something really organic and just old school about the music; not electronic sounds just really, really simple storytelling songs. I just hope they really like it.

Natalie Imbruglia’s new album Male is out now. Watch the music video for Instant Crush below: