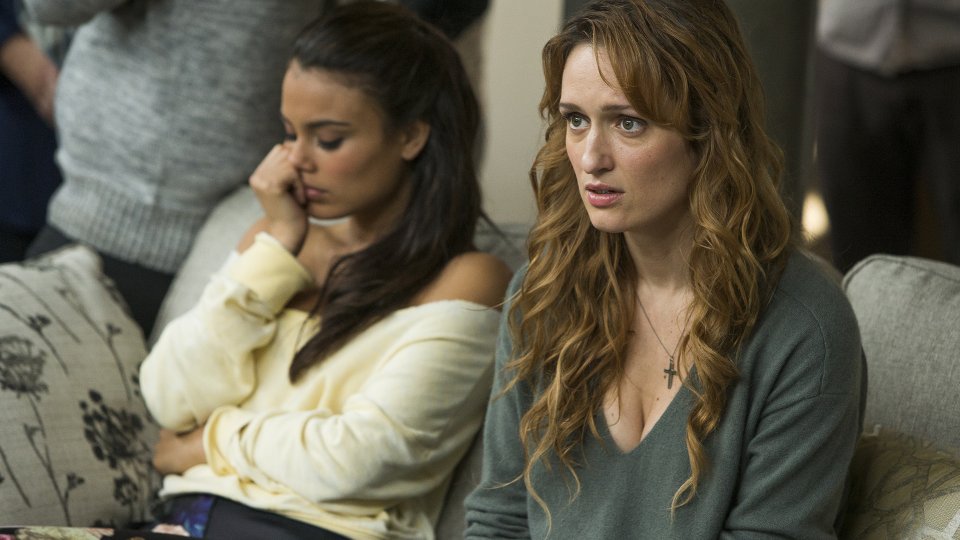 Mary (Ashley Scott) was pushed too far on the latest episode of UnREAL as she spent the day with Adam (Freddie Stroma) and her family.

Quinn (Constance Zimmer) and Rachel (Shiri Appleby) made a bet with Chet (Craig Bierko) that they could make sure Mary stayed on Everlasting. Unaware that Shia (Aline Elasmar) had been messing with Mary’s meds, Quinn and Rachel decided to bring Mary’s abusive ex-husband Kirk (Ty Olsson) onto the show to get juicy material. Unfortunately for them it backfired as Mary was unable to control her emotions and a Kirk started a fight with Adam.

Mary also lost her temper with Anna (Johanna Braddy) when the love rival interrupted her date with Adam to get screentime. After Mary said goodbye to her sister and daughter, she took to the roof and threatened to jump. Rachel raced up after her but failed to talk Mary down, watching on in horror as the contestant threw herself from the roof.

The next episode of the season is Savior. When tragedy strikes the set, the contestants and everyone behind the scenes are all affected.