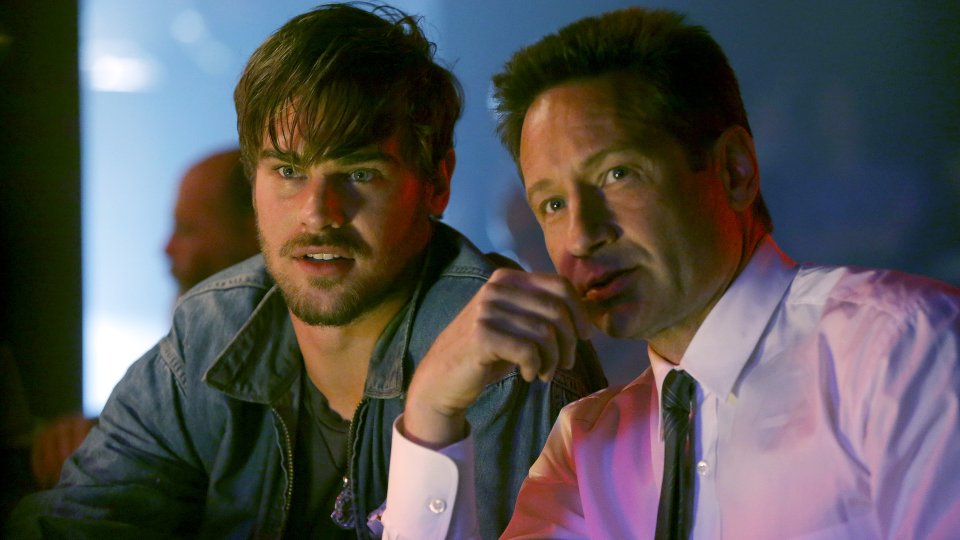 Aquarius kicks off in the UK with a double-bill last night and we’re already hooked on the new crime thriller.

In the first two episodes we saw Emma Karn (Emma Dumont) sneak out of her Beverly Hills home to attend a party where she met Charles Manson (Gethin Anthony). As Emma was sucked into Charles’ cult, her parents contacted Sam Hodiak (David Duchovny) to locate her. Undercover detective Brian Shafe (Grey Damon) was assigned to the case and he enlisted fellow detective Charmain Tully (Claire Holt) to help infiltrate the Manson family.

Adding to the mysterious backstory of Charles was the fact that Emma’s father Ken (Brían F. O’Byrne) used to be his lawyer and the two share a very unusual relationship. At the end of the first episode Charles tried to rape Ken and by the end of the second episode Ken and Charles were getting intimate, almost being caught by Emma.

Elsewhere in the opening two episodes it was revealed that Sam used to be in a relationship with Emma’s mother Grace (Michaela McManus), Sam and Brian investigated the murder of a white woman in a black neighbourhood, and Sam’s soldier son Walt (Chris Sheffield) unexpectedly showed up.

The next episode of the season is Never Say Never to Always. Shafe’s snitch, Mike, becomes the prime suspect when a drug dealer is murdered.

Advertisement. Scroll to continue reading.
In this article:Aquarius