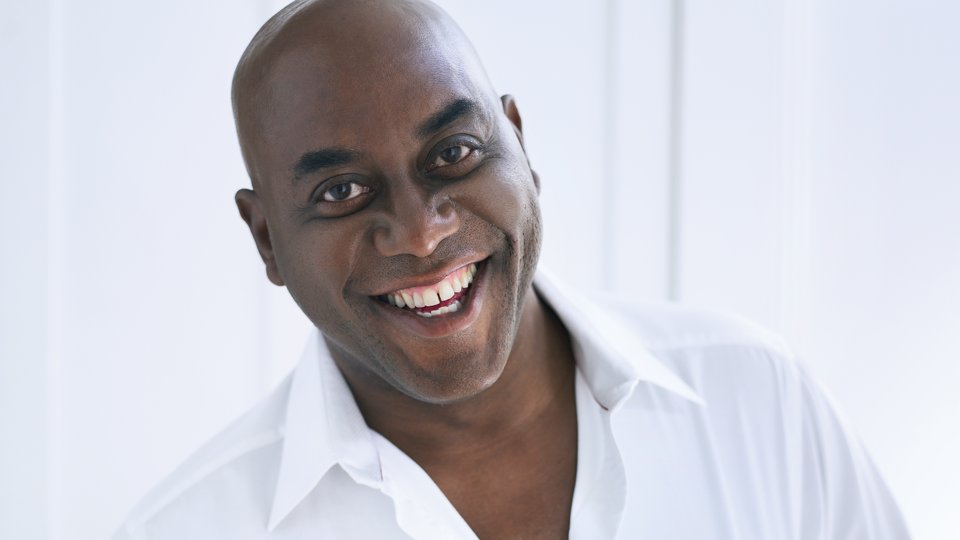 TV chef and presenter Ainsley Harriott is the second celebrity confirmed for the new series of Strictly Come Dancing.

The announcement was made this evening live on The One Show on BBC One, where Ainsley was a surprise guest in the studio joining presenters Matt Baker and Alex Jones on the famous green sofa.

On signing up for the show, Ainsley said, “I must admit that I do love to dance, but doing it in front of the nation is a whole different matter! In my day job the only type of Salsa I know about is the one in my recipes so I am looking forward to rising to the challenge, bring it on!”

Ainsley is best-known for the long-running BBC series Ready, Steady, Cook. Over the past two decades he’s travelled the world, making television series for the UK, the US and South Africa including Ainsley’s Barbeque Bible, Ainsley’s Meals in Minutes, and 50 Things To Eat Before You Die. Ainsley has most recently been fronting his own series about street food, Ainsley Harriott’s Street Food on More4.

He is also a best-selling author who has sold more than 2 million books worldwide.

More celebrity contestants will be confirmed to join Ainsley and Jeremy Vine for the new series of Strictly Come Dancing soon.