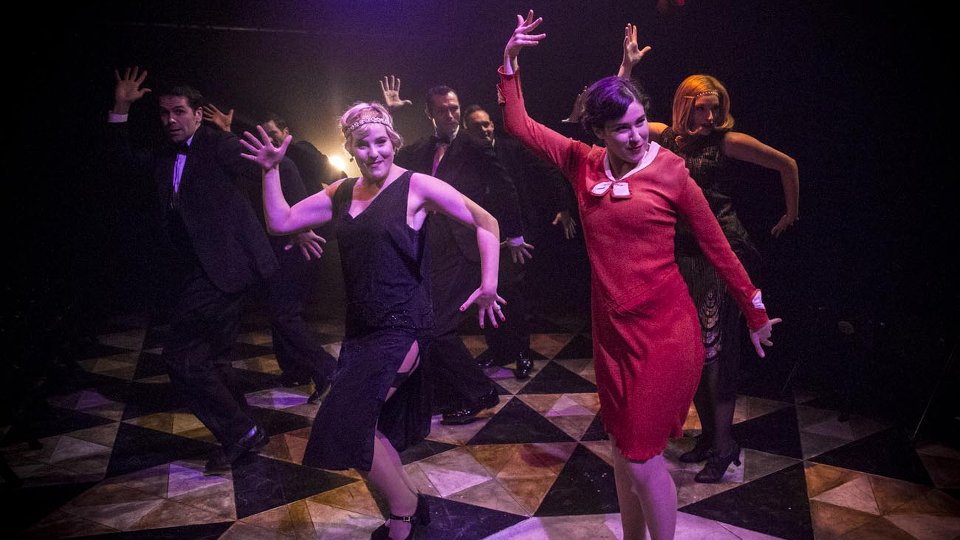 Grand Hotel is a musical that takes the audience back to the glamour and opulence of 1920’s Berlin, one of the most liberal cities on earth at the time.

This fast-paced production perfectly captures the hustle and bustle of a busy, expensive hotel, and doesn’t follow a single story but peeks into the lives of a rich variety of characters, from black entertainers who have escaped the American South to an impoverished yet noble baron, a shagged out old ballet dancer and a young, rich, dying Jew.

Grand Hotel paints its myriad scenes with necessarily broad brush strokes, sometimes reaching for cliche and at other times straining for credibility. Yet it does everything with such bravura that it’s easy to be swept up and find oneself engrossed in the intricate world and the rich tapestry of characters on offer.

Thom Southerland’s direction is spot on: he doesn’t miss an opportunity to keep the pace up, and visually it’s stunning; an unrelenting juggernaut of a piece that consistently impresses, entertaining you even when the story has taken too much of a back seat. With the audience banked on both sides, the long, thin stage has been perfectly adapted to allow for the movement of bodies in a hotel lobby, and the choreography (Lee Proud) is excellent.

Performance-wise, it’s Scott Garnham as the hard-up and extorted Baron Felix and Christine Grimandi as Elizaveta, the older dancer, who impress the most. We never lose sympathy for either character, even though one is a vain diva and the other a charming cad (we’re sure you’ll figure out which is which). They almost – almost – convince us on their unlikely romance. Though Garnham could use a better-fitting, more flattering pair of trousers from the costume department.

The supporting performances are generally fine, with Victoria Serra a great deal of fun as a frivolous young woman unashamedly on the make, and George Rae amusing and touching as the dying Otto. David Delve holds it all together as a de facto narrator, bringing a lot of warmth and humour to his world-weary WWI veteran. Sadly one actor is very slow on her cues, but she’s fortunate to be carried by the ensemble.

Whilst the plot is thin and overly-reliant on coincidence (but isn’t that the perennial problem of multiple story strands? We had to put aside our prejudice against them) the triumph of Grand Hotel lies in the music by George Forrest and Robert Wright. Played live by a 7-piece orchestra conducted by Michael Bradley, the sumptuous score and lyricism of the piece lifts it beyond the confines of story and turns it into something… a bit special.

This beautiful production is well worth seeing. We had a few reservations about the book, but this Grand Hotel goes for the jugular and its charms will hook you sooner or later.