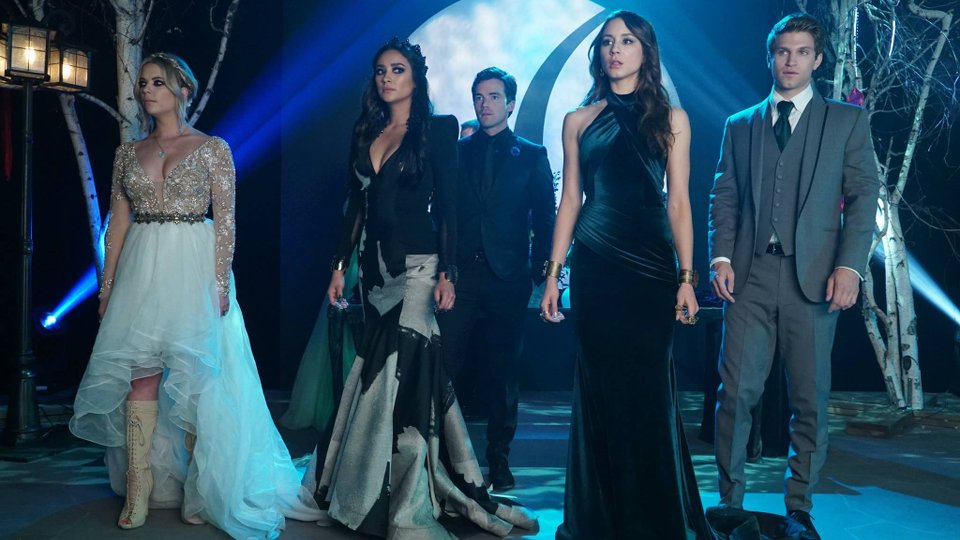 The penultimate episode of Pretty Little Liars season 6A arrives this week and the A and Red Coat reveals are so close now.

In last week’s episode Aria (Lucy Hale) was devastated when A ruined her photo exhibit by replacing her pictures with pictures of the liars in the bunker. Elsewhere in the episode Hanna (Ashley Benson) and Spencer (Troian Bellisario) did some research into the Carissimi Group and were shocked when they met Jason DiLaurentis look-a-like Rhys Matthews (Caleb Lane).

On this week’s episode, Last Dance, the liars find out they aren’t allowed to go to prom so their mums step in and organise one for them in the Hastings’ barn. Sounds like a recipe for disaster doesn’t it?

Ahead of the episode airing, we’ve got three sneak peek videos for you to watch…

Toby arrives for a disciplinary hearing

Caleb prepares to visit his dad