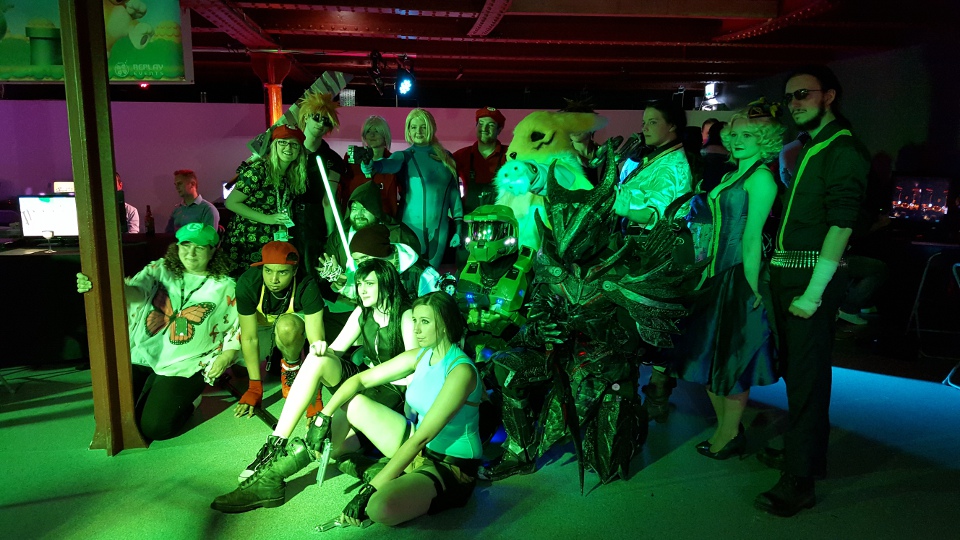 Today sees the opening of PLAY it! Manchester, a new gaming event which is being held at the Museum of Science and Industry (MOSI). Last night we attended the launch night to get a sneak peek of what’s in store.

Created in partnership with Replay Events, PLAY it! Manchester features a huge selection of games, consoles and home computers from the past 30 years.

The event takes over the first floor of the main MOSI building which has been split into 6 different zones. These are Retro, Manchester, Rhythm, Minecraft, Celebrations and Lounge.

The Retro zone features some of the earliest machines including the Atari 2600, Vectrex, Colecovision, Sinclair Spectrum and Commodore 64. It then takes you through the generations with machines such as the Commodore Amiga and Atari ST as well as consoles like the Nintendo NES, Sega Master System, Sega Megadrive, Super Nintendo and Sega Saturn. The selection keeps going with Sony PlayStation, Nintendo 64, Sega Dreamcast, Nintendo Gamecube and Microsoft Xbox.

The Manchester zone focuses on games made in Manchester. In particular there is a tribute to Ocean Software which was established in the 1980s and ran until 1998. They were one of the biggest developers and publishers that created some of the best games for 8-bit and 16-bit machines.

This zone also features an 80s classroom with a selection of BBC Micro computers. Here it’s possible to dabble in a bit of BASIC programming as well as check out old educational titles such as PODD and Granny’s Garden.

The event also gives visitors a chance to experience the future of gaming with the Oculus Rift. This is a Virtual Reality headset that is due out in early 2016. At the launch event it was being demoed with Elite Dangerous on a high spec PC from Blackpool’s TheComputerShop. While wearing the Oculus Rift you can actually look around inside the game which is incredible. We highly recommend you have a go when you get the chance.

With over 120 games on display there really is something for everyone making this a perfect fun-filled event for the whole family. Tickets start at £4 per person and can be booked for 90 minute sessions or a full-day pass. Also look out for the adult-only evening sessions.

PLAY it! Manchester runs daily between 25th July and 9th August 2015. For more details and ticket booking check out the official MOSI website.

Advertisement. Scroll to continue reading.
In this article:Manchester, MOSI, PLAY it!, Retro