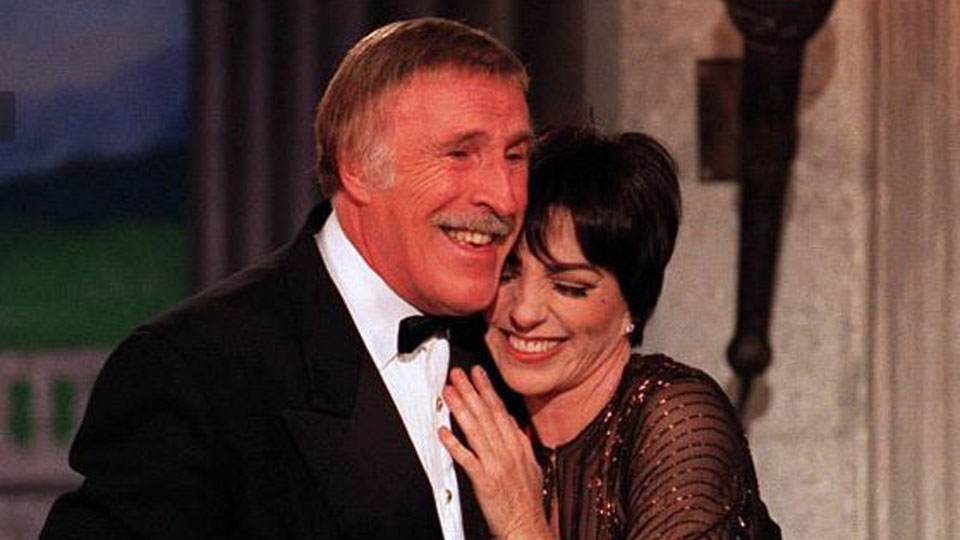 Sir Bruce Forsyth, one of the UK’s best loved stars and entertainers, has been announced as the host who will interview American showbiz legend Liza Minnelli on stage on the West End in An Evening With Liza Minnelli. The special event takes place at the London Palladium, Sunday 20th September.

Sir Bruce said: “I am absolutely delighted to be spending an evening in the company of one of the truly great entertainers of our age, someone I am also lucky to know as a dear friend. I am looking forward to guiding her on a trip down memory lane on the stage of the greatest theatre in the world – The London Palladium, where both of us have been lucky enough to perform in many times over the years. She’s got some great stories to tell and I’m sure it’s going to be a truly unforgettable evening.”

Liza was a special guest star who sang New York New York to Sir Bruce on his 80th birthday BBC TV show, Happy Birthday Brucie, in 2008, saying: “He’s a marvellous, wonderful man who I consider my buddy and who I just love.”

Currently in her sixth decade of performing, Liza Minnelli, winner of four Tony Awards, an Oscar, a Grammy, two Golden Globe Awards, an Emmy and a BAFTA, remains one of the world’s most consummate performers and beloved entertainers. In film, on record, on stage and on television, Liza has won critical acclaim, a multitude of fans, and recognition from her peers in show business, giving new dimension and credibility to the word ‘superstar.’

She said: I’m always so excited to return to Britain, which I’ve considered to be a second home for many years. I have so many friends there and I look forward to being back again for these special intimate evenings. Whenever I do concerts people always say they want to hear about me growing up, being on Broadway, in the movies, the people I’ve met and worked with… so this will give me a chance to share a lot more of those stories. I can’t wait to see you all again!”

An Evening with Liza Minnelli is destined to be a night, which will not be forgotten!

Liza will also perform An Intimate Evening with Liza Minnelli in Sheffield at the City Hall on Tuesday 22nd September and at the Clyde Auditorium, Glasgow on Thursday 24th September.