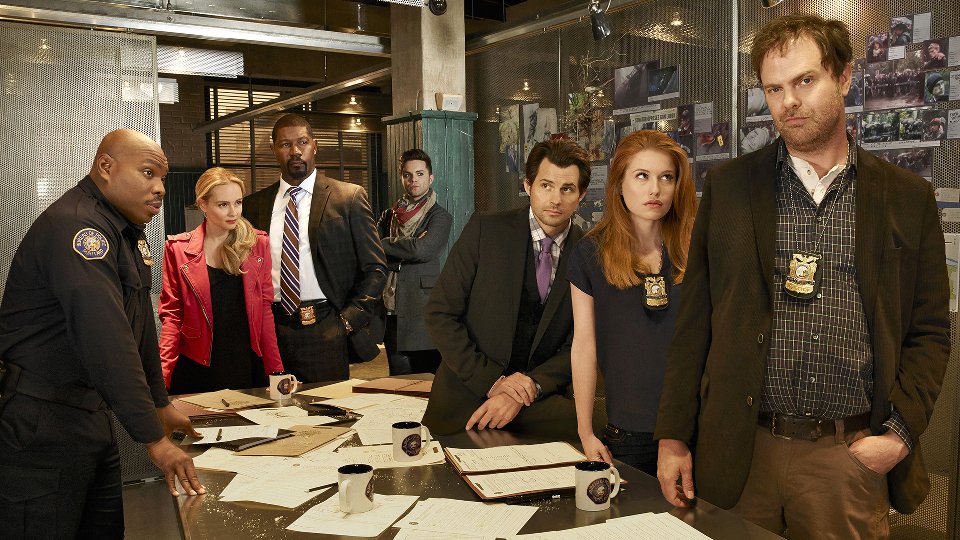 Backstrom, the 13-episode series based on the Swedish book series by Leif G.W. Persson, arrives in the UK on FOX in September.

From Hart Hanson, the creator/executive producer of Bones, Backstrom stars Rainn Wilson (The Office) in the title role. Everett Backstrom is an unhealthy, offensive and irascible – albeit brilliant – detective lieutenant who sees the worst in everyone, and he’s usually right.

After a five-year banishment to the traffic division for offensive behaviour, Backstrom has returned from disgrace to lead Portland’s newly minted Special Crimes Unit (S.C.U.). Tasked with navigating the city’s most sensitive and serious cases, he must solve each crime as he tries, and fails, to change his own self-destructive behaviour.

Backstrom’s return from exile is orchestrated by his former partner, newly installed Police Chief Anna Cervantes (guest star Inga Cadranel, The Bridge). Cervantes is one of the very few people who know first-hand that, despite his failings, Backstrom is a first-rate investigator. Charged with the near-impossible job of ensuring that Backstrom’s investigations stay within bounds is ambitious and optimistic second-in-command Detective Nicole Gravely (Genevieve Angelson, House of Lies). She is aided in this, sometimes reluctantly, by veteran Detective Sergeant John Almond (Dennis Haysbert, 24), whose faith in humanity and core decency stands in stark contrast to Backstrom’s cynicism and self-loathing.

Don’t miss the UK premiere of Backstrom, this September only on FOX