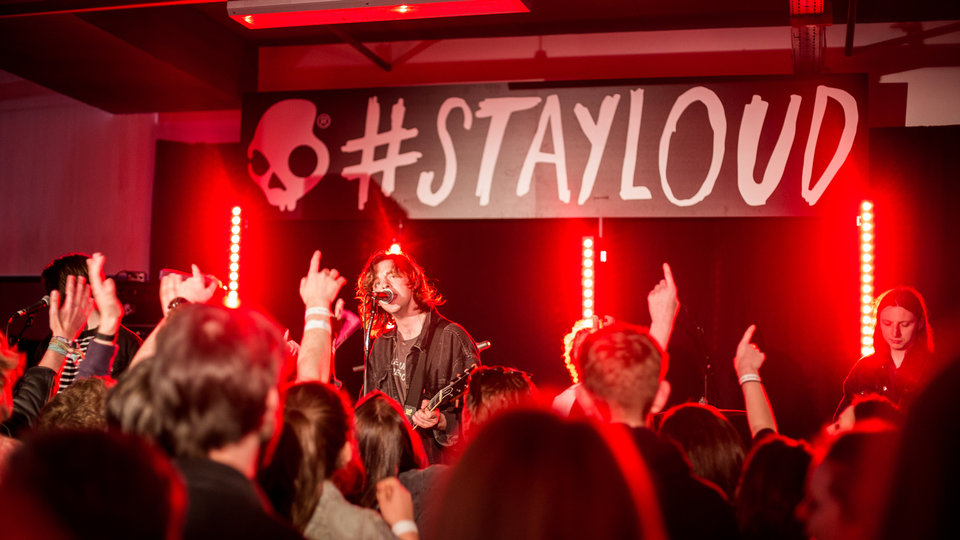 Skullcandy is launching the first in a series of #STAYLOUD films. The series will focus on once iconic and legendary European music venues, which no longer exist and bringing them back to life for one more night.

The first film revives the spirit of the legendary Hammersmith Palais, initially through stories from some of the people that were part of its history. In the space, which is now a PureGym, the film features a live performance by one of the UK’s most exciting acts, Peace, honouring the legacy laid down by acts like The Clash, The Rolling Stones, The Sex Pistols and many more that played the Palais.

Thierry Peuchot, Skullcandy European Marketing Director, said: “Celebrating the importance of these great venues and making them #stayloud with some of today’s best music artists is something we are proud to have conceived and see come to life. The history of live music is as important as the present and by merging the two, we hope these films will inform and excite those too young to have experienced these venues as well as those old enough to remember.”