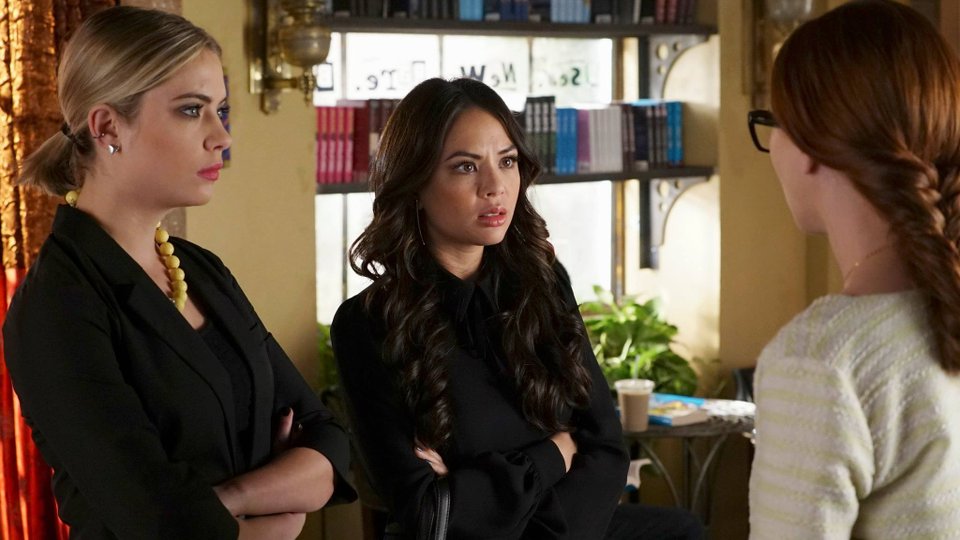 The truth (we think) started rolling out in the latest episode of Pretty Little Liars.

Kenneth (Jim Abele) admitted that Charles did exist and explained he was 15 months older than Jason (Drew Van Acker) but died when he was a teenager. The troubled child tried to kill Alison (Sasha Pieterse) so his parents committed him to Radley and moved to Rosewood to start fresh. Whilst in Radley Charles committed suicide according to Kenneth.

Ali, Jason, Spencer (Troian Bellisario) and Hanna (Ashley Benson) went to the house of the DiLaurentis family’s relative aunt Carol, who died years earlier but had been visiting Charles in Radley according to his file that the girls located, and found Charles’ grave. Could Kenneth be telling the truth?

Elsewhere in the episode Spencer tried to get her hands on more drugs, Aria (Lucy Hale) met a mysterious new potential suitor, and Hanna asked Caleb (Tyler Blackburn) for some space.

The next episode of the season is She’s No Angel. Mona (Janel Parrish) returns to Rosewood in a very fragile state. Hanna is determined to help Mona out, while Emily tries to help Sara. Spencer, on the other hand, finds help from someone from her past.

Tune in to ABC Family on Tuesday at 8/7c in the US and Netflix on Wednesday in the UK to see the episode. Preview it with our gallery below: