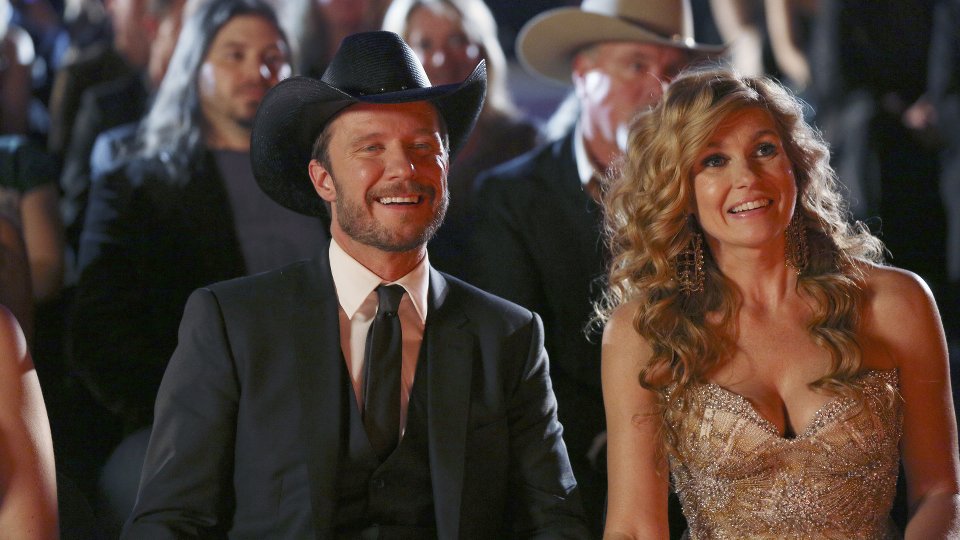 Rayna (Connie Britton) and Luke (Will Chase) still had tension in their relationship despite two months passing by in the latest episode of Nashville.

When a Rolling Stone interview came up, Rayna took it meaning that it encroached on the time she should have been spending with Luke. During the interview Rayna is horrified when she and the reporter walk in on Maddie (Lennon Stella) and Colt (Keean Johnson) making out. Rayna used her past with Deacon (Charles Esten) to stop the reporter writing about her daughter.

Elsewhere in the episode Gunnar (Sam Palladio) was left stunned when Kiley (Alexa PenaVega) told him she was leaving their son with him to raise, Layla (Aubrey Peeples) and Will (Chris Carmack) learned to get along until the premiere of their reality show humiliated Layla, and Scarlett (Clare Bowen) befriended a homeless man.

The next episode of the season is You’re Lookin’ at Country. It’s the 48th Annual CMA Awards. Gunnar and Zoey’s relationship is tested, while Deacon and Scarlett watch the awards from home.