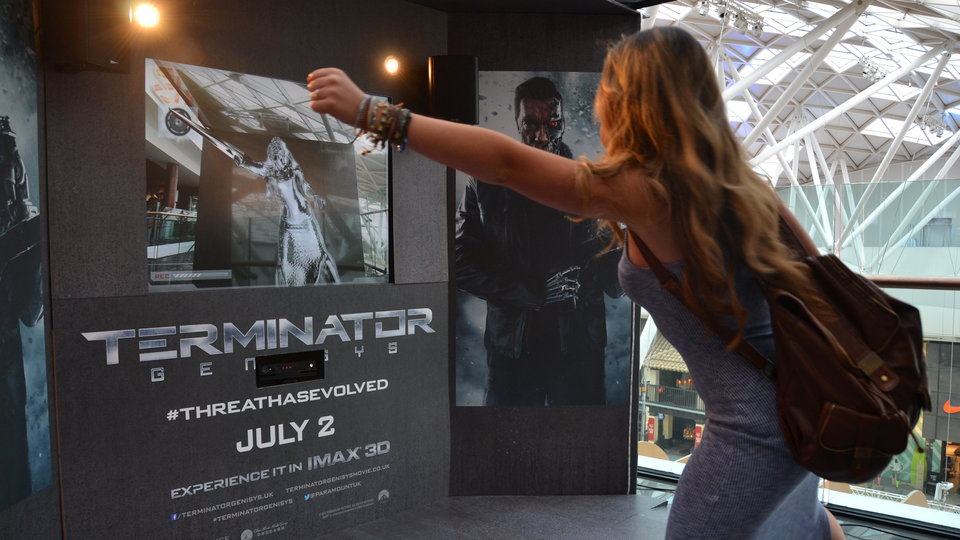 Paramount Pictures and Skydance Productions have partnered with IMAX® for a one-of-a-kind immersive experience for the highly anticipated Terminator Genisys. The ‘Threat Has Evolved Experience’ gives fans a chance to become a T-1000 via a simulator, and will be available in the UK exclusively at select IMAX® cinemas.

From this weekend The ‘Threat Has Evolved Experience’ concludes its tour of IMAX cinemas and fans can experience the exhibit free of charge on a first come-first served basis at the following IMAX cinemas:

Inside the T-1000 simulator, fans will join the Human Resistance and step into the role of a mimetic poly-alloy Terminator to experience its ability to liquefy and take the form of another person, and engage its deadly arsenal of blades. Once transformed into the T-1000, fans can share a video of their epic new look on the official website ThreatHasEvolved.com

Tickets for Terminator Genisys are on sale now at https://www.imax.com/movies/m/terminator-genisys-an-imax-3d-experience/

The IMAX release of Terminator Genisys will be digitally re-mastered into the image and sound quality of An IMAX 3D Experience® with proprietary IMAX DMR® (Digital Re-mastering) technology. The crystal-clear images, coupled with IMAX’s customized theatre geometry and powerful digital audio, create a unique environment that will make audiences feel as if they are in the movie.