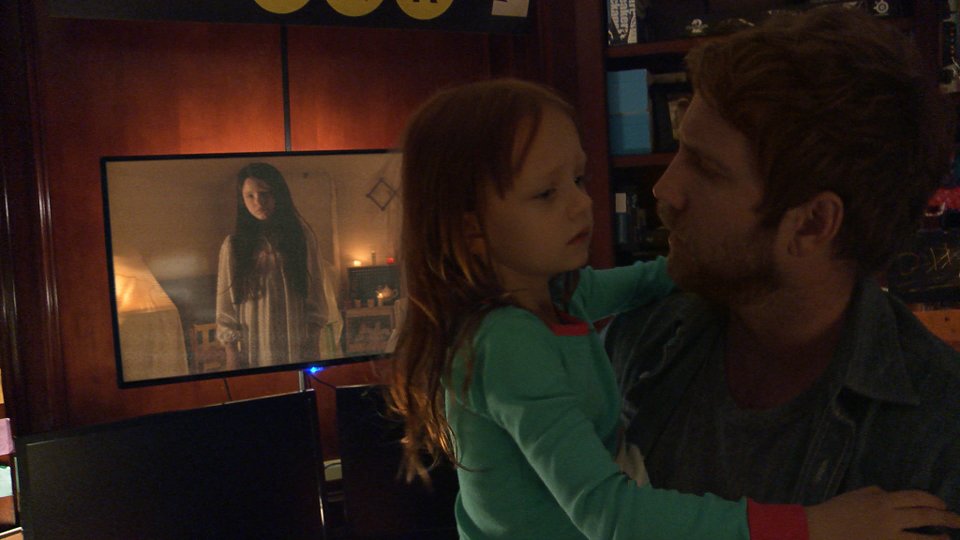 The film stars Katie Featherston, Chris J. Murray, Brit Shaw and Ivy George. It is directed by Gregory Plotkin in his directorial debut and written by Jason Pagan and Andrew Stark.

The trailer is packed full of creepy moments and it promises to deliver plenty of scares. The movie is being released in 3D and it’s sure to have you jumping out of your seat in terror.

At this time not a lot is known about the plot of the movie but the trailer suggests it’s more of the same, so if you’ve seen the other movies you should know what you’re in for.

Paranormal Activity: The Ghost Dimension is due to be released in cinemas around Halloween.

In this article:Paranormal Activity: The Ghost Dimension