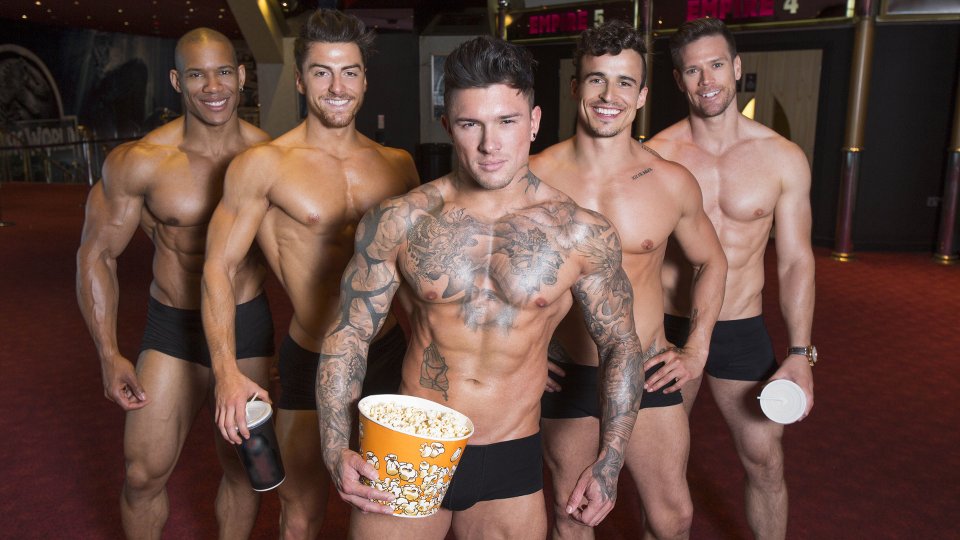 The Dreamboys announced a special one-off performance on Saturday 4th July to accompany the 7.30pm IMPACT screening of Magic Mike XXL at The Empire, Leicester Square.

The famous male strip group will perform an exclusive 15-minute routine for lucky movie goers. To make the announcement the rather hunky bunch arrived at The Empire wearing very little giving us all a taster of what to expect from the one-off performance.

Luke Baker at The Dreamboys said: “Magic Mike has really put male stripping on the map. It’s such a huge part of our lives so it’s fantastic to see it now being appreciated in all its glory. We’re already extremely popular amongst women for parties and celebrations but the exposure of Magic Mike means that our shows have been thrust further into the limelight, generating support from an array of different fans.”

Sarah Owen, Marketing Manager at Empire Cinemas, said: “IMPACT is the ultimate immersive cinema experience and we wanted to go one step further and bring Magic Mike XXL to life at The Empire, Leicester Square with an exclusive pre-screening performance from the UK’s most successful strippers, The Dreamboys. It’s bound to be unique!”

Magic Mike XXL picks up the story three years after Mike bowed out of the stripper life at the top of his game and reunites Channing Tatum as Mike with Matt Bomer, Joe Manganiello, Kevin Nash, Adam Rodriguez and Gabriel Iglesias as the remaining Kings of Tampa.

The exclusive show will only precede one screening of Magic Mike XXL, and are expected to sell out quickly. Tickets can be bought here: http://www.empirecinemas.co.uk/synopsis/magic_mike_xxl/f4526.

Magic Mike XXL opens at Empire Cinemas on 3rd July 2015. Take a look at the Dreamboys celebrating the announcement in our gallery below: