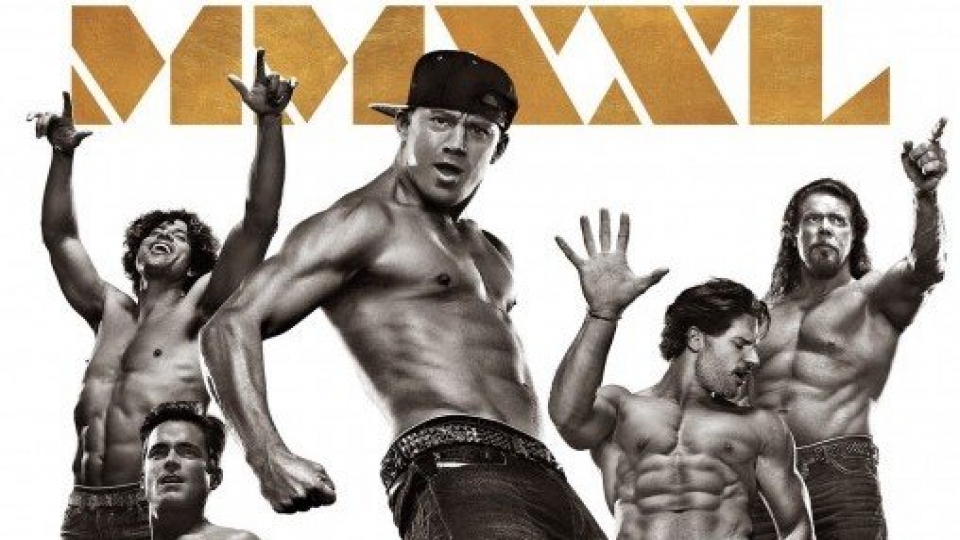 Struggling to settle into his business making furniture, Mike (Channing Tatum) decides to reconnect with his old stripper buddies. They call him up when they are passing through town on their way to a stripper convention in Myrtle Beach. This makes Mike yearn for the good old days. So he rejoins the crew as they embark on a journey that could be the final farewell tour of the Kings of Tampa.

Three years after Magic Mike first wowed insatiable audiences, XXL has arrived. On the surface, it’s a deliberate cash-in to bank on the wave of good-will that surrounded the first film. But as a standalone premise, XXL is actually entertaining and funny. If Magic Mike is the darker, more structured story, XXL decides to ramp up all the fun and consciously leaves the negativity behind. It may be light but it’s enjoyable. Anyone looking for more meaning in a Magic Mike sequel probably doesn’t get the overall concept. This is blockbuster fun that doesn’t leave a mark and revels in its own absurd glow.

Dallas (Matthew McConaughey) and ‘the kid’ (Alex Pettyfer) are not back for the sequel (their characters quickly mentioned and forgotten as having gone overseas to start a new gig) so this absence gives the film a loose premise to work with. The whole point of the first movie was Mike finally getting away from this life and setting up his own business. The sequel quickly disassembles this and gives him itchy feet to rejoin his crew for one last ride to a famous stripper convention. This turns XXL into one massive road-trip movie as the guys travel across the country, get into sticky situations and meet lots of weird and wonderful people.

Comedy plays a massive part in Magic Mike XXL’s success. There are brilliant turns from every one of the cast with Channing Tatum, Joe Manganiello, Matt Bomer, Kevin Nash and Adam Rodriguez bouncing off one another with banter. One scene has them all tripping-out on drugs whilst conceiving new routines and it’s laugh-out-loud funny, as is Manganiello doing a dance routine to the Backstreet Boys to try and make a shop cashier smile. Amber Heard, Donald Glover, Gabriel Iglesias and Stephen Boss all add to the supporting talent pool but Jada Pinkett Smith positively steals her scenes as Rome, a successful businesswoman who joins them on the road.

Of course, the real reason this was made was for the stripping and for the most part, XXL delivers what it promises with wild and whacky routines that will surely have the desired effect for an eagerly attentive audience. But with the road-trip narrative, a bigger finale was promised and when it does arrive, it’s slightly disappointing. There are fun moments (Rodriguez suggestively spraying women with whipped cream was hilarious as is Manganiello’s wedding night sequence involving a sex-swing) but it’s not the explosive finale you were expecting.

Magic Mike XXL does exactly what it needs to and guarantees its target audience a great night in. It’s forgettable but very funny and there’s some amazing choreography and routines along the way. With Channing Tatum and the rest of the guys, this was always going to be watchable but the increased comedy was a welcome surprise that was handled very well. The chemistry of the cast is the main selling point here, which gives Magic Mike another legitimate stab at summer box-office glory.