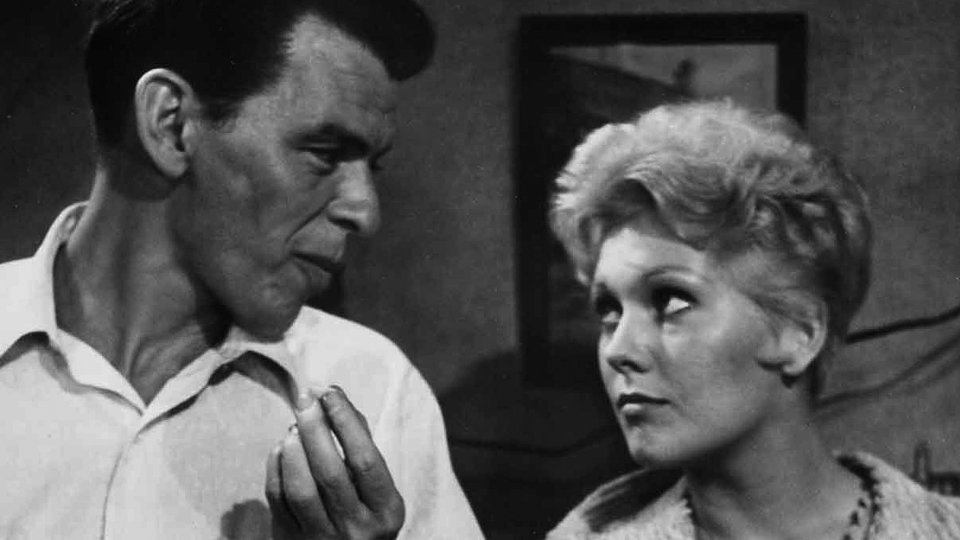 The Man With the Golden Arm is released on Blu-ray and DVD on Monday 22nd June via Network and we’ve got an exclusive clip for you to enjoy.

Starring Frank Sinatra, The Man With the Golden Arm is one of America’s most significant and controversial post-war films and it was nominated for three Oscars. Sinatra plays Frankie Machine, a war veteran caught between two worlds as he tries to kick his drug habit and establish a new life. The film also stars Kim Novak (Vertigo) and Eleanor Parker (The Sound of Music).

The Man With the Golden Arm is directed by Otto Preminger (Anatomy Of A Murder, Laura) with a jazz score by the legendary Elmer Bernstein (Cape Fear, My Left Foot). The new release features a stunning new transfer, in its as-exhibited theatrical aspect ratio.

Having just served a prison term for possession of heroin, poker dealer Frankie vows to stay clean and find success as a jazz drummer. His wife, left disabled by a car crash, is equally determined he should remain in the lucrative gambling business. And after being asked to deal in a high-stakes game, Frankie’s fear of failure leads him straight back to Louie the dope pusher.

The Man With the Golden Arm is released on Blu-ray and DVD on Monday 22nd June 2015. Watch the exclusive clip at the top of this article. For further information head over to www.networkonair.com

In this article:Frank Sinatra, The Man With the Golden Arm