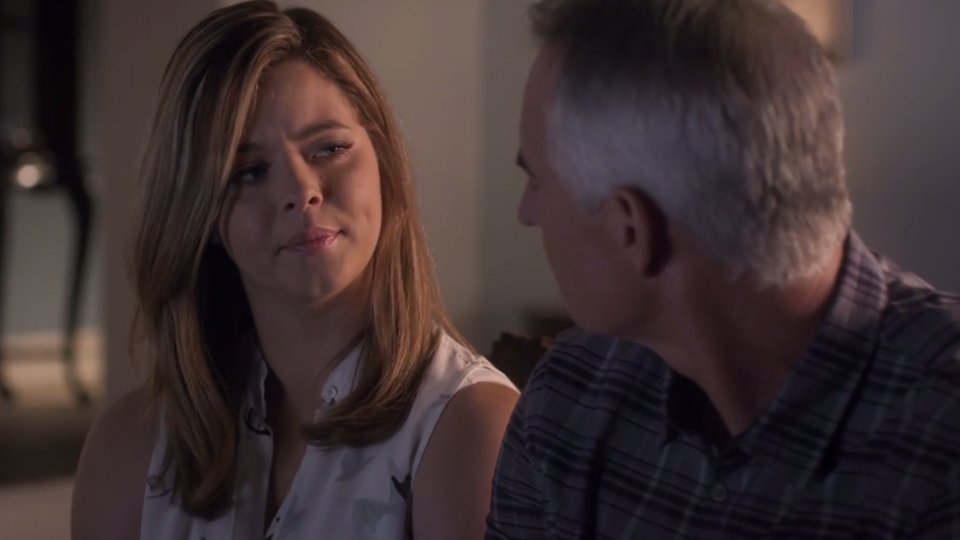 Pretty Little Liars kicked off its sixth season this week and it began to deliver some of the answers we’ve been promised.

Aria (Lucy Hale), Emily (Shay Mitchell), Spencer (Troian Bellisario), Hanna (Ashley Benson) and Mona (Janel Parrish) escaped from Charles’ bunker and Sara Harvey (Dre Davis), a girl who went missing the same time as Alison (Sasha Pieterse) was also revealed to be in the bunker. Spencer told the other girls that their tormentor was Charles DiLaurentis but once they got out of the bunker they learned that Andrew Campbell (Brandon W. Jones) was the person the police believed to be behind everything.

Ahead of the next episode, Songs of Innocence, two sneak peek videos have been released and they show the struggle the girls are going to face following their ordeal with Charles. In the first clip Ezra (Ian Harding) tries to talk to Aria about what happened but she cuts him short.

In the second clip Ali asks her father who Charles DiLaurentis is but he denies that such a person exists. Does he know more than he’s letting on?

Ezra & Aria have an awkward conversation

Alison asks her father about Charles