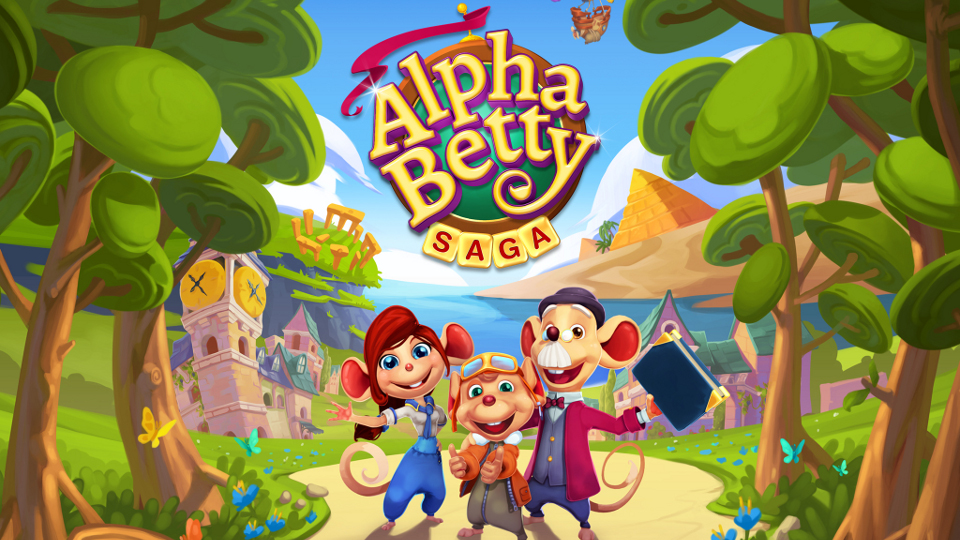 King (Candy Crush, Farm Heroes Saga) have announced the launch of its first word-based ‘Saga’ game, AlphaBetty Saga. The game challenges players to take journey into the world of words, accompanied by an adventurous band of mice.

AlphaBetty Saga sets players off on a bold new quest as Betty, a young mouse living in the 1930s, follows her grandfather, Professor Alpha, and his loyal assistant, Barney, to discover lost words to complete the “Encyclopedia of Everything”. As the world’s authority on collecting words, Professor Alpha will call on players to help him complete the legendary book.

The game uses non-linear gameplay to enhance creative word play and strategic opportunities for gamers, as they are tasked with connecting adjacent letters to create words, score points and ultimately advance through the world.

[quote by=”Mihai Sfrijan, Studio Head at King”]At King, we’re continually thinking of new ways to entertain our players and diversify our portfolio of games. AlphaBetty Saga does just that and is our first word-based ‘Saga’ game, offering players a brand new strategic thinking experience with a rich story adventure at its core.[/quote]

AlphaBetty Saga is available to play for free now on iOS, Google Android and Facebook.