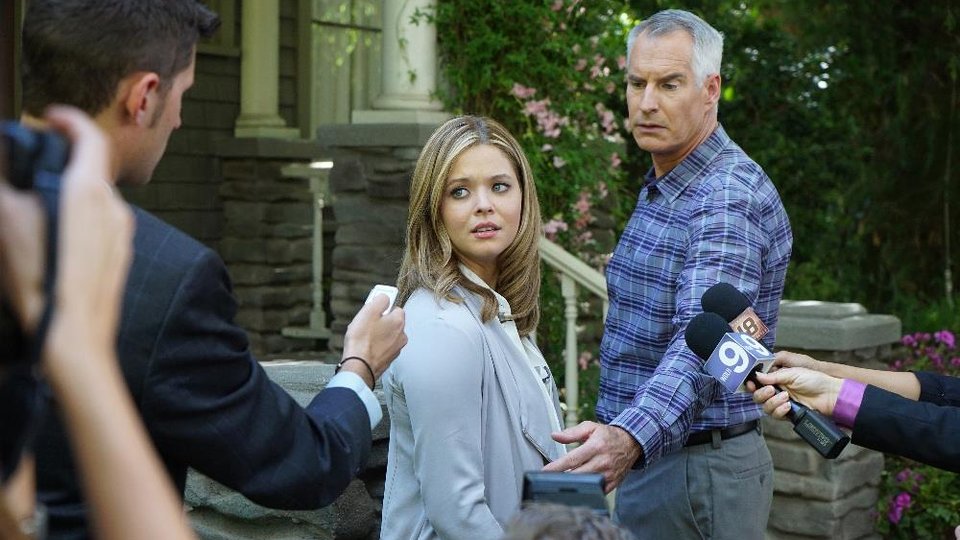 Pretty Little Liars kicks off its sixth season tonight on ABC Family in the US (UK fans can see it tomorrow on Netflix) and we’ve got our hands on some sneak peeks from the episode.

The two short clips give away plenty of clues as to what you can expect from the first episode of the sixth season, Game On Charles. In the first clip Alison (Sasha Pieterse) makes a statement to the press and it is revealed that Andrew Campbell (Brandon W. Jones) is missing and considered to be behind the kidnap of Aria (Lucy Hale), Hanna (Ashley Benson), Emily (Shay Mitchell) and Spencer (Troian Bellisario). It’s also revealed that the girls have been missing for a month!

The second clip sees the girls with Mona (Janel Parrish) sat outside the compound that they tried to escape from at the end of season 5. They talk about how hungry and thirsty they are as the rain pours down and things are looking pretty bleak.

Season 6 of Pretty Little Liars promises to give us all of the answers to the mystery of A. In the season 5 finale the girls discovered that A was Charles but fans have been trying to figure out exactly who Charles is.

Watch the clips below: