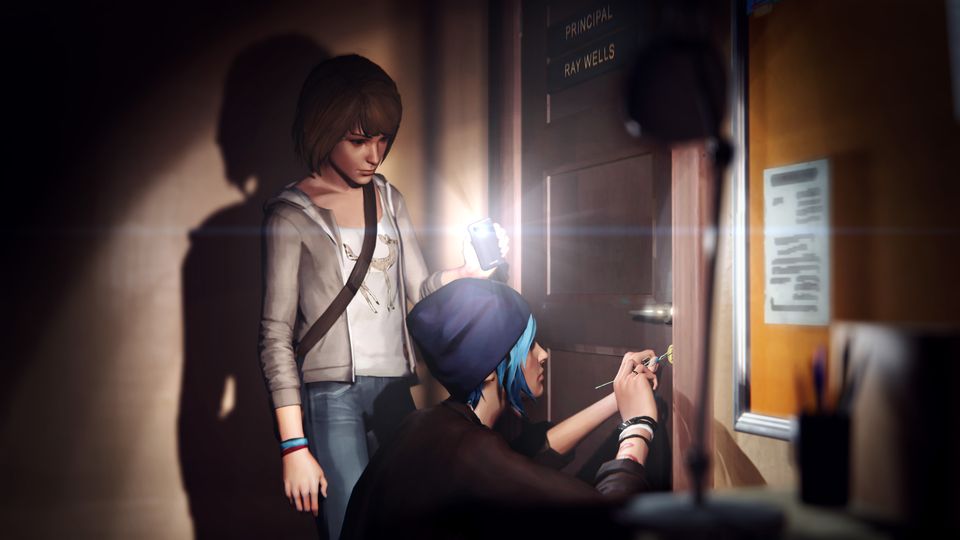 If you haven’t played the first two episodes of Life is Strange we would suggest you do so before reading this review to avoid potential spoilers.

The first two episodes of Life is Strange achieved something many games fail to do and that’s have us really think about our choices long after we finished playing. The first episode introduced a cast of believable characters and locations. The second episode really built upon the solid foundations of the first and expanded the world. It also introduced some new characters but focused on protagonist Max and her best friend Chloe.

The third episode is titled Chaos Theory and again takes place the day following the previous episode. Choices in Life is Strange may seem small but they do eventually ripple out and can have large consequences. The choices you made in Episode 2 really set the mood for Episode 3 and they affect not just Blackwell Campus but the whole of Arcadia Bay. The ending of Episode 2 really shocked us but overall we were pleased with how things played out for us.

Episode 2 also left us feeling pretty comfortable with Max’s time controlling powers. This was thanks to plenty of opportunity to put them to the test. Episode 2 started to hint that these powers might not be as predictable or on demand as we might like. In Episode 3 her powers continue to be useful in new and surprising ways. There’s also a twist that we didn’t see coming that has left us really intrigued for the remaining two episodes.

Much of Episode 3 again focuses on the relationship between Max and Chloe. Their renewed friendship is getting stronger and they feel much more comfortable with each other. We also learn more about each of them which allows us to understand them much better.

The developers have again delighted us with the fantastic cinematography and use of music. The way they throw quiet moments into the game is simply wonderful and we’ve found ourselves spending quite a lot of time in these just sat watching.

Feeling much more comfortable with Max’s powers made most of the puzzles this time seem easier. Every time you find yourself stuck you know you need to find a way to use her powers to your advantage. Knowing this the developers have been able to create some new scenarios rather than just rehashing those found previously. Episode 3 sees Max and Chloe break into parts of Blackwell under the cover of darkness and some of our favourite situations involved stealth, moral dilemmas and also finding our way past a locked door.

Just when we thought we were starting to get our heads around everything Episode 3 takes a jump in a completely unexpected direction. We don’t want to say too much about it for fear of spoiling the game for others but it’s a fantastic twist. Episode 3 has left us pondering our decisions and thinking about the consequences even more than the other two instalments.

Dontnod have done it again and continued the high quality of the series with another brilliant episode. It’s hard to say where things will go next and impossible to predict where they will finally finish but we can’t wait to find out.