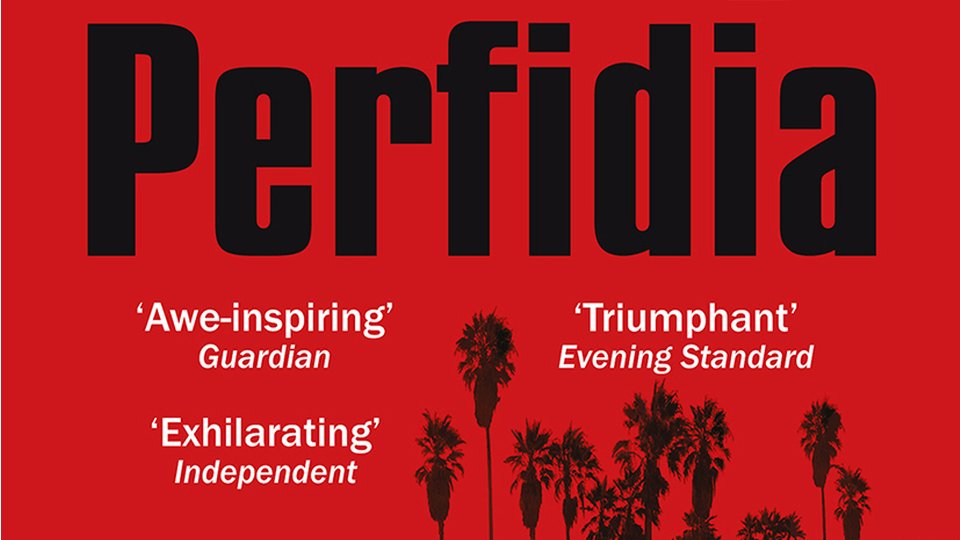 To celebrate the release of Perfidia, the latest crime noir novel from the creator of L.A Confidential, James Ellroy, we’ve got 5 exclusive screen printed posters of the original cover artwork signed by the author to give away! If that wasn’t enough, we’re also throwing in 5 paperback copies of the novel just in time for the summer holidays.

Following the hellish murder of a Japanese family, three men and one woman are summoned. William H. Parker is a captain on the Los Angeles Police. He’s superbly gifted, corrosively ambitious and consumed by dubious ideology. He is bitterly at odds with Sergeant Dudley Smith – Irish émigré, ex-IRA killer and fledgling war profiteer. Kay Lake is a 21-year-old dilettante looking for adventure. Hideo Ashida is a brilliant police chemist and the only Japanese on the payroll.

Four driven souls – rivals, lovers, history’s pawns – thrown into an investigation which will not only rip them apart but take America to the edge of the abyss at a crucial moment in its history.

For your chance to win, just answer the question below:

Advertisement. Scroll to continue reading.
In this article:James Ellroy