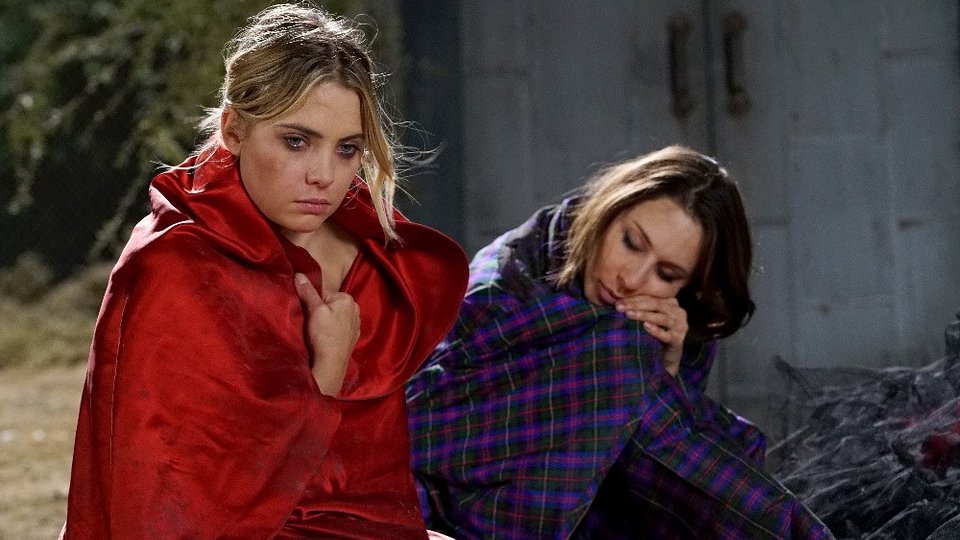 The season 6 premiere of Pretty Little Liars takes place in a week and a sneak peek clip has been released ahead of the episode.

In the clip Hanna (Ashley Benson), Aria (Lucy Hale), Spencer (Troian Bellisario), Emily (Shay Mitchell) and Mona (Janel Parrish) are outside of A aka Charles’ bunker planning their next move. You may remember that at the end of the fifth season, the girls escaped the bunker only to realise that they were still trapped by A.

Judging from the sneak peek clip, the girls may be stuck for quite some time and it seems that Charles’ latest game has only just begun. Fans have been speculating about the identity of Charles after he was revealed to be A at the end of season 5. The most popular theory seems to be that he’s Jason’s (Drew Van Acker) twin brother.

The first episode of the new season is Game On Charles, which picks up right where the action left off.

Watch the video below and tune in to ABC Family in the US at 8/7c on Tuesday 2nd June and Netflix on Wednesday 3rd June in the UK to see the episode.