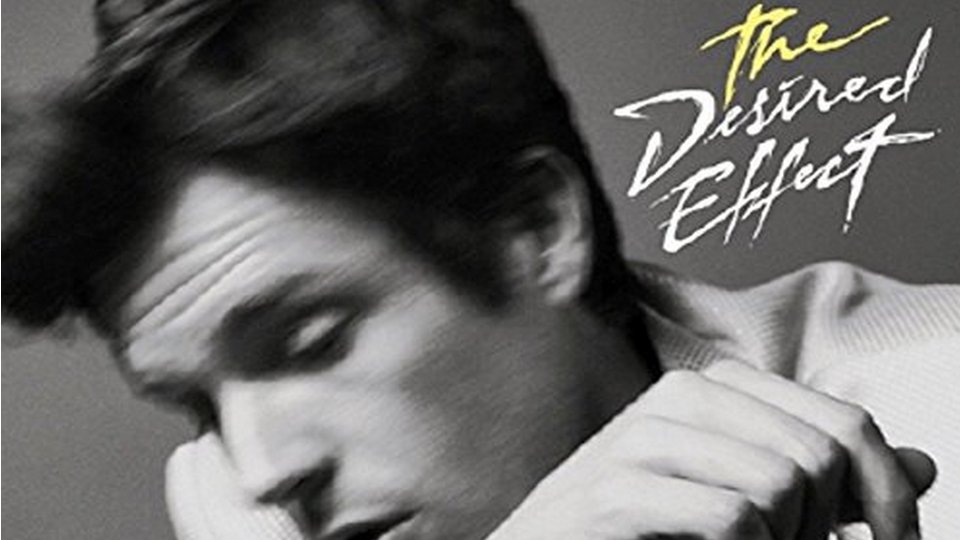 The Killers frontman Brandon Flowers released his debut solo album Flamingo back in 2010. The album was released during a break for his band The Killers and it topped the charts here in the UK. Sonically it wasn’t too much of a departure from the sound of the chart-topping band but it proved that Flowers could have a very lucrative and successful solo career should the band decide to call it a day. 5 years on from that album release, Flowers has released his second album The Desired Effect.

The buzz ahead of The Desired Effect has been pretty deafening and yesterday the album gave Flowers his second solo UK number one. It was pretty clear from the release of lead single Can’t Deny My Love that The Desired Effect was a very different proposition than Flamingo. The track is a bold, straight-up pop number that embraces 80s sounds and showcases a different side to Flowers. Can’t Deny My Love is a good indication as to what you can expect from the rest of the album and it’s a surprisingly addictive listen.

The album opens with Dreams Come True, which is a bit of a misleading track. The song doesn’t sound all that different from something you’d expect from The Killers and it’s not as instantly appealing as Can’t Deny My Love. Once you get past that track though the album really kicks into gear. The whimsical Still Want You is as catchy as it is irresistible, Lonely Town is as close to an 80s synth-pop gem as you could hope for, and Diggin’ Up The Heart is the greatest song that A-ha never recorded.

The strongest track on the record is I Can Change, which is built around a sample of Bronski Beat’s Smalltown Boy. Despite the familiarity of the melody, Flowers does make the song his own and it’s one of the catchiest tracks on the record. If this isn’t a single in the near future then Flowers has really missed an opportunity.

The album comes to a close with The Way It’s Always Been, a track that marries sparse beats and instrumentation with Flower’s distinctive vocal. It’s a low-key way to end an otherwise uptempo pop record but it’s a welcome relief from the pulsing electro-pop that carries much of the album.

The Desired Effect is a strong album and a contender for pop record of the year. If you’d told us that Flowers would be delivering one of the most interesting pop records of 2015 we would likely have looked at you strangely. By embracing pop more than he’s ever done before, Flowers has found a new sound that suits him down to the ground. We hope he continues to explore it whenever he gets round to his next solo record.