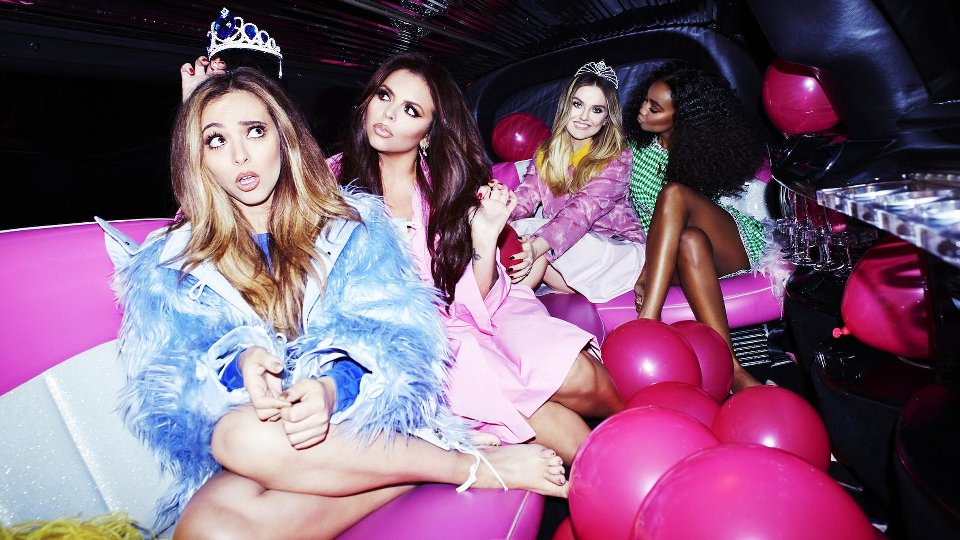 The track is the lead single from the group’s upcoming third album and will arrive on radio on 26th May 2015. Black Magic is the first new single from the girls since 2014’s Salute, taken from their second album of the same name.

Little Mix have been teasing fans saying that the new single is a new sound for them and we’re hoping for more of the feisty pop that Salute delivered. As well as releasing their new single, Little Mix are responsible for the new Britney Spears and Iggy Azalea track Pretty Girls, which they co-wrote and was originally intended for their album.

The artwork for Black Magic has been released and it features the group cuddled together infront of some red lockers.

Take a look at the single artwork below: