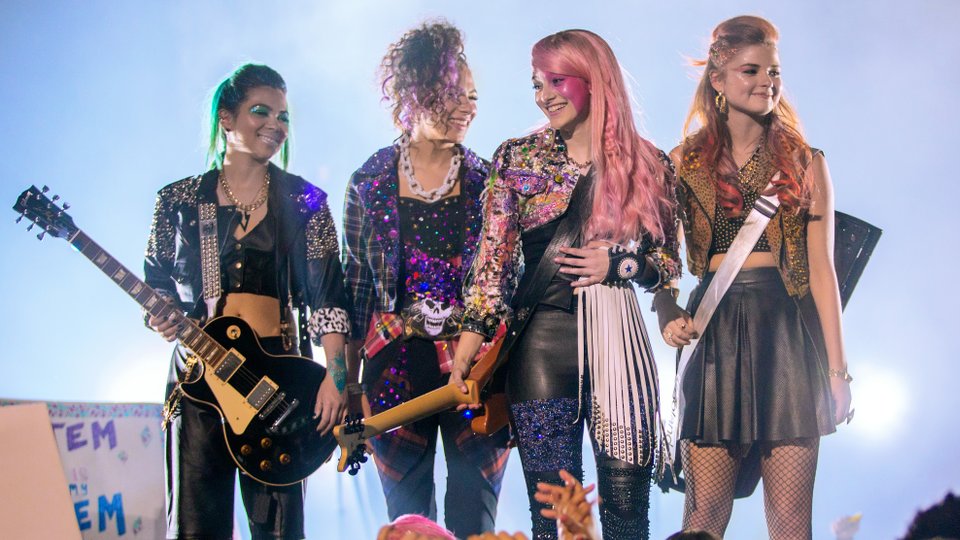 The first trailer has arrived for Jem and the Holograms starring Nashville’s Aubrey Peeples.

As a small-town girl catapults from underground video sensation to global superstar, she and her three sisters begin a one-in-a-million journey of discovering that some talents are too special to keep hidden. In Universal Pictures’ Jem and the Holograms, four aspiring musicians will take the world by storm when they see that the key to creating your own destiny lies in finding your own voice.

Jem and the Holograms, based on the iconic Hasbro animated TV series. It is written by Ryan Landels and produced by Jon M. Chu, Jason Blum for Blumhouse Productions, Scooter Braun for SB Projects, Bennett Schneir, and Brian Goldner and Stephen Davis of Hasbro Studios.

Jem and the Holograms is released on 21st December 2015. Take a look at the poster below:

In this article:Aubrey Peeples, Jem and the Holograms