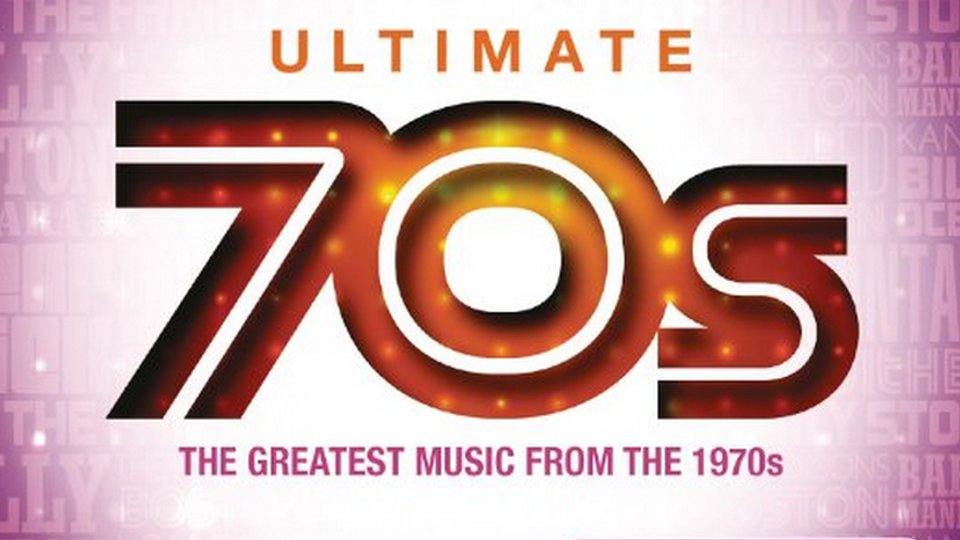 The 70s were a glorious time for music weren’t they? Disco and Glam Rock ruled the airwaves, and the rise of women in the music industry was one of the biggest changes of the decade. When you think back to the 70s you think flares, colourful shirts, afros and hair down to your knees. The decade was such a popular one for music that you frequently see 70s nights advertised up and down the country, giving people the opportunity to relive their youth and shake their booty on the dancefloor. To celebrate the iconic decade, Sony Music has released 4CD collection Ultimate 70s.

Ultimate 70s features a whopping 73 tracks from the decade spread over a generous 4 discs. The artists included on the collection are a real mixture ranging from Meat Loaf (Paradise By The Dashboard Light) through to Santana (Oye Como Va) and even Andy Williams (Where Do I Begin). The collection opens with Glam Rock classic Sweet by Blockbuster and draws you in from there.

There’s no doubt that the collection is at its strongest when it brings out the disco gems. From The Jacksons classic Blame It on the Boogie through to Labelle’s iconic Lady Marmalade, it’s the disco contingent that really makes Ultimate 70s a real draw. Other disco gems on the collection include Wild Cherry’s Play That Funky Music, Sly & The Family Stone’s Family Affair, and More, More, More by Andrea True Connection. The one track no 70s party is complete without is The O’Jays’ infectious Love Train and that’s present in all its glory.

Outside of the disco tracks there are some other real classics to enjoy. Dolly Parton gets a look in with one of her signature tracks Jolene, Boston’s classic More Than a Feeling will satisfy rock fans, and country legend Tammy Wynette’s Stand By Your Man will get you singing your heart out.

Ultimate 70s is like a potted history of the decade. We would have preferred it if the collection had played more to its strengths and there are plenty of disco tunes that could have been included rather than some of the more obscure tracks that fill the third and fourth discs. Ultimate 70s is a real mish-mash of sounds and styles, and featuring some of the biggest artists from the decade you can’t go too wrong if you’re looking for a killer soundtrack to your party.

Advertisement. Scroll to continue reading.
In this article:Ultimate 70s