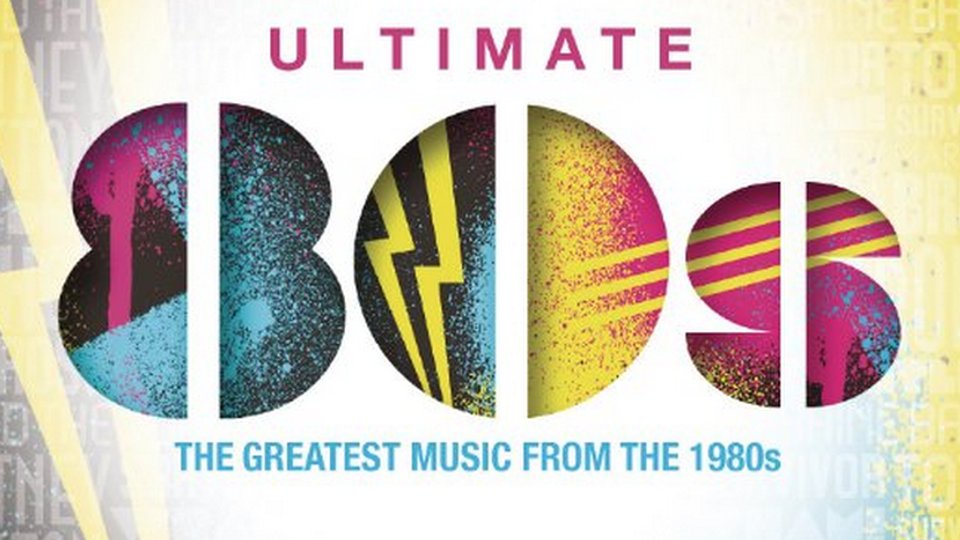 The 80s are best remembered for the terrible hairstyles and bad fashion. Rock and pop dominated the airwaves and synth-pop was one of the most popular sounds of the decade. If you hear a snare drum in a song you’re transported back to the 80s, and let’s be honest it doesn’t feel like that long ago really does it? The 80s were responsible from introducing some of the biggest stars music has ever seen including Whitney Houston, Madonna, Kylie and Bon Jovi to name a few. Sony Music is celebrating the decade with the release of new collection Ultimate 80s.

Ultimate 80s features 72 hits from the decade across four discs and it really does capture the best of the decade in terms of music. The collection kicks off with the late Whitney Houston’s classic I Wanna Dance With Somebody (Who Loves Me) getting things off to a strong start. Like Ultimate 70s, which was also released this week, Ultimate 80s does its best to reflect the different sounds of the decade and the collection contains a wide range of artists including Bonnie Tyler (Total Eclipse of the Heart), Marvin Gaye (Sexual Healing) and Deacon Blue (Real Gone Kid).

The 80s was a time for big anthems that would live on for decades and there are plenty of those on this collection. Jennifer Rush’s power-ballad The Power of Love is one standout whilst Starship’s We Built This City and Journey’s Don’t Stop Believin’ have become karaoke classics. Dirty Dancing fans can rejoice as the Bill Medley & Jennifer Warnes’ classic (I’ve Had) The Time of My Life is nestled on the tracklist so get practising those lifts now.

Standout moments on the collection include the infectious Gloria Estefan tracks Rhythm is Gonna Get You and Dr Beat (with Miami Sound Machine), Wham! classic Club Tropicana, and Rick Astley’s Never Gonna Give You Up. Our favourite song on the collection is Cyndi Lauper’s huge hit Girls Just Wanna Have Fun, a song that sums up everything we loved about the 80s in one song.

Elsewhere on the collection iconic 80s boyband New Kids on the Block feature with You Got It (The Right Stuff), The Bangles catchy Walk Like an Egyptian reminds you they had better hits than Eternal Flame, and Luther Vandross’ soulful vocals shine on the smooth Never Too Much.

Ultimate 80s is a near perfect collection of songs and its one that we’ll have on repeat at every opportunity. There are more killer hits on here than should be legal on a compilation album. You can enjoy hours worth of music and remind yourself of some of the decades biggest and best hits. The 80s may have got the fashions all wrong, but they got the music so right.