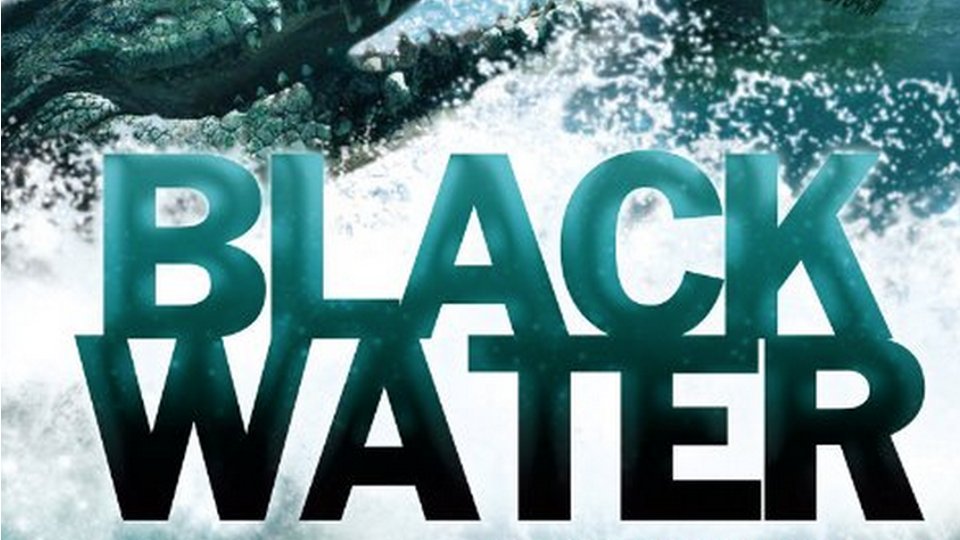 Grace (Diana Glenn), her husband Adam (Andy Rodoreda) and younger sister Lee (Maeve Dermody) are vacationing together and decide to go on the Blackwater Barry tour to fish. Their original guide has already left when they arrive but the trio agree to go with another guide, Jim (Ben Oxenbould). As they reach a quiet part of the swamp, a crocodile attacks the boat instantly killing Jim. With Lee stranded on top of the boat and Grace and Adam hiding in the trees, the trio need to figure out a way to escape as the crocodile circles them ready for the kill.

Black Water is a clever little Australian film that relies on the strength of its three leads and a particularly scary crocodile. Films like this succeed or fail based on the tension created and Black Water excels on that criteria. The first hour of the film relies solely on the atmosphere that slowly builds and we were on the edge of our seats throughout. The movie manages to steer away from predictability and the surprise ending left us a little gobsmacked (and trust us when we say that doesn’t happen all that often).

Another strength of the movie is its three lead actors. Whilst there isnt a whole lot of room for character development, the movie manages to adequately flesh out the three leads and at least make you care about what happens to them. The knowledge that Grace is pregnant makes you fear for her life more than the other two but the fact that all three characters are related gives you an overall sense of fear for them. Maeve Dermody is the strongest actress and really surprises as Lee. She is the character that changes most over the course of the movie and by the end you feel she’s really come into her own.

Bonus features on the disc include the making of the movie and a selection of deleted scenes.

Black Water isnt likely to knock your socks off but it will pass 90 minutes in a very entertaining and suspense-filled way. The movie is much better than it probably should be and youve got a fear of crocodiles then this is going to be your worst nightmare. Many movies have tried to scare the audience by limiting the number of characters and confining the action to a small area but few succeed. Black Water is a 90-minute thrill-ride and we reckon even the most cynical of movie-goers will be able to lose themselves in this movie.