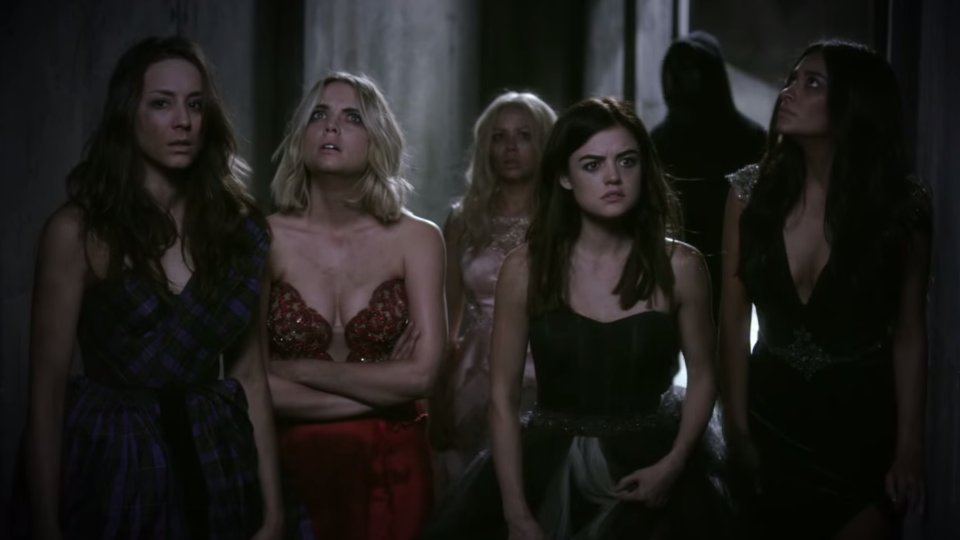 The official teaser trailer for the new season of Pretty Little Liars has arrived and it looks like Charles’ games have only just begun.

When we last saw Aria (Lucy Hale), Emily (Shay Mitchell), Hanna (Ashley Benson) and Spencer (Troian Bellisario) they had been kidnapped by the mysterious Charles aka A. Trapped in a bunker featuring recreations of their bedrooms, the four girls found that Mona (Janel Parrish) was alive and well and had also been kidnapped by Charles.

At the end of the fifth season finale the 5 girls made it out of the bunker but realised they were still very much trapped in Charles’ game.

PLL fans have been speculating for weeks about who Charles is and the most popular theory seems to be that he’s Jason’s (Drew Van Acker) twin.

The new trailer promises even more twists and turns, and if the teaser is anything to go by we should probably begin to get worried about Mona (again!).