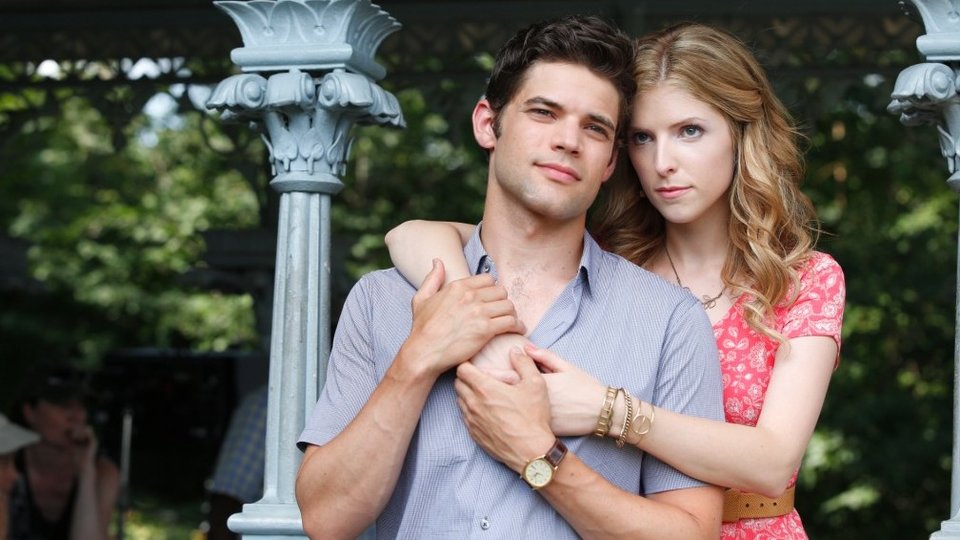 A touching story of heartbreak and passion, The Last Five Years, based on the hit off-Broadway musical, stars Academy Award® nominee Anna Kendrick and Jeremy Jordan in this honest and funny portrayal of the highs and lows of a five year relationship.

Told almost entirely through song, The Last Five Years, which received its World Premiere at the Toronto International Film Festival, is directed and adapted for the screen by Academy Award® nominee Richard LaGravenese.

Filled with the lively energy of New York City’s cultural milieu, the film tells the story of the five-year relationship between rising novelist Jamie Wellerstein (Jeremy Jordan) and struggling actress Cathy Hyatt (Anna Kendrick). As Jamie’s new novel vaults him to the top of the literary scene, Cathy is still doing summer stock in Ohio, and their diverging levels of success pose pressing and dire challenges to their love. The film tells Cathy’s side of the story in reverse order, starting from the end of their marriage, while Jamie’s version of events begins when the couple first meets.

Writer/director Richard LaGravenese rose to prominence as a screenwriter with The Fisher King for which he was nominated for an Academy Award®. LaGravenese went on to write numerous screenplays including The Mirror Has Two Faces, The Horse Whisperer, Water For Elephants and Behind the Candelabra, and most recently he wrote and directed P.S. I Love You and Beautiful Creatures.

The energetic pop score by composer Jason Robert Brown, best known for the Tony Award-winning Parade, communicates both the kinetic charge of young love and the daily triumphs and humiliations of two ambitious artists vying for recognition in New York.

To be in with a chance of winning a DVD, just answer the question below correctly.

The Last Five Years will be available digitally from Friday May 1st and on DVD from Monday May 4th.