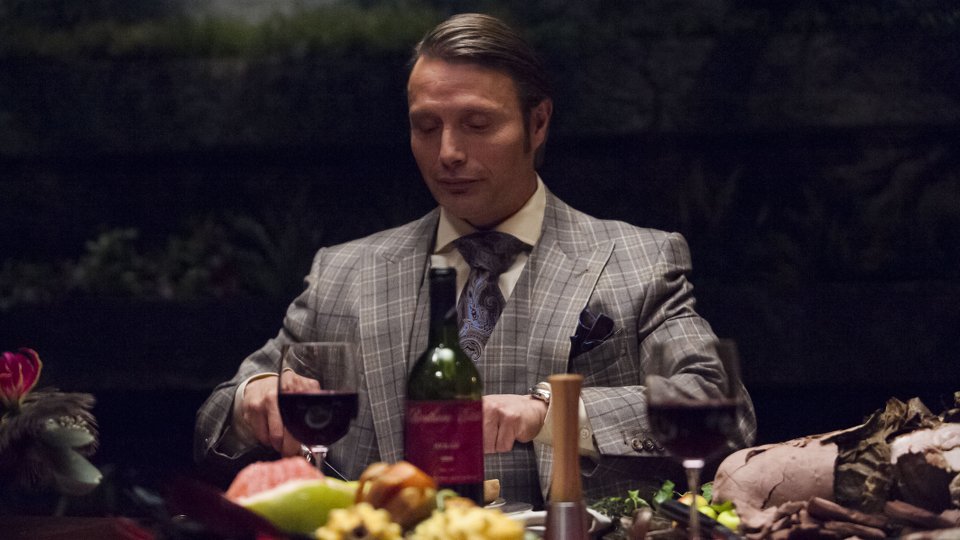 The Art & Making of Hannibal: The Television Series (out May 8th from Titan Books) celebrates all aspects of this remarkable show with a highly stylized look at the reimagining of a legendary character and the new world he inhabits. This volume is an exclusive behind-the-scenes look at the production, special effects, food styling and direction of this visually stunning, critically lauded series.

Show creator Bryan Fuller leads the way into the fictional world of the FBI environs, through the medical lab and out into the woods of Wolf Trap, Virginia, where the show takes place. Hannibal’s office and home are presented in minute detail, including floor plans, design inspirations and 3D renderings, allowing you an envious place on Hannibal’s couch or at his dinner table.

Featuring exclusive cast and crew interviews, never-before-seen photography and production notes, The Art &
Making of Hannibal: The Television Series will take you deep into the web of secrets, lies, and intrigue of the world’s most notorious doctor.

To be in with a chance of winning a copy of the book The Art & Making of Hannibal: The Television Series from our friends at Titan Books, just answer the question below correctly.