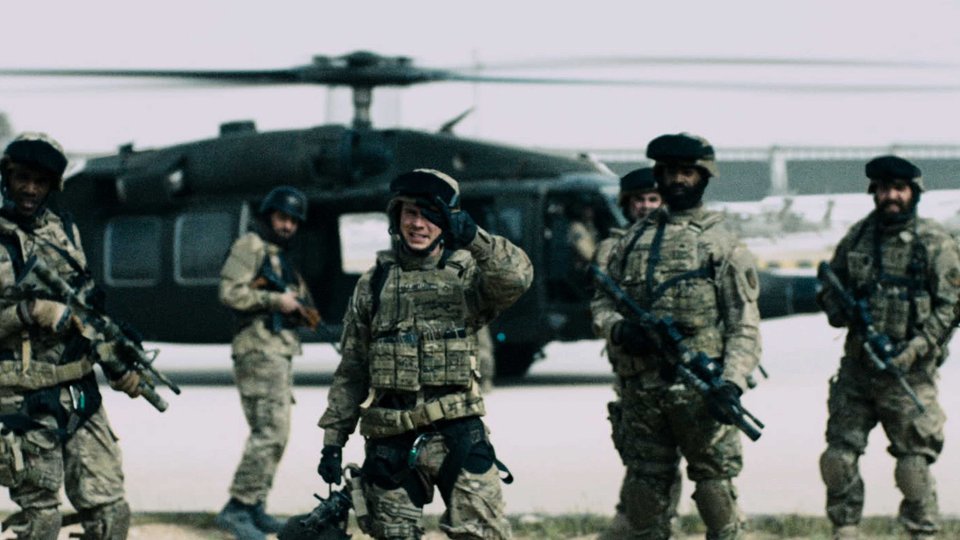 Gareth Edwards who has been very supportive of Tom Green adds:  “Monsters was a very personal film to me, so it’s been a surreal honour to have such talented filmmakers and actors work so hard to create such a beautiful and heartfelt sequel. Tom Green has taken the organic filmmaking spirit of the original and created something very unique and incredibly bold. I think people will be very surprised by the film. It is uncompromising in its storytelling and as a result creates a very realistic and believable world. The visual effects and cinematography are impeccable; there isn’t a bad frame in the movie. This combined with such soulful performances from the main cast, makes for a really impressive debut film… Think I better watch my back!”

Ten years on from the events of Monsters, and the ‘Infected Zones’ have now spread worldwide. In the Middle East a new insurgency has begun.  At the same time there has also been a proliferation of Monsters in that region.  The Army decide to draft in more numbers to help deal with this insurgency.

We follow four fresh new recruits from Detroit as they all excitedly look forward to performing what they were trained to do.  At first it all seems like a game to them but things quickly change when they are given a special mission: to rescue five soldiers who have been lost deep in the Infected Zone.

The main focus of their mission is human but they are instructed to take down any creatures that get in the way along the route.  We have generally learned to live along side these giant creatures as much as any other land based animal. The military only strike to control numbers.  Venturing deep into the IZ, the young troops embark on a life-altering mission through the heart of monster territory.  By the time they reach their goal, they will have been forced to confront themselves with the true horrors of eradicating the alien threat.

The Poster Posse is a diverse collective of artists from all over the globe. They come together to work on pop culture projects with themes in the entertainment arena, such as movies, video games, television shows, etc.

Members bring their unique perspective to each project and the end results have been shared and appreciated all over the world.

Marko Manev, born 1985 in Skopje, Macedonia is a conceptual mixed-media artist, graphic designer & illustrator. He graduated in fine arts and has worked as a graphic designer in advertising.

Manev has initiated and has taken part in several NGOs and cultural organizations where he worked as a lecturer and an executive director.

Manev is an active artist both in the fine art and in the pop-culture tribute art scene.

Currently he is working as a freelance designer and illustrator, creates limited edition prints and movie posters.

Paul Shipper is a professional illustrator who has been working for almost 20 years.

Creating art for properties and clients around the World. His art has been seen on the covers of magazines, books, comic books, film posters, Blu-ray’s, billboards, and even t-shirts.

A Key Art Award Winner who has a passion for the illustrated posters and entertainment advertising of yesteryear, bringing it back to the audience of today.

Orlando Arocena (mexifunk) is an artist and graphic designer who works in traditional and digital mediums.

After graduating from Pratt Institute, he drew his way through Europe, co-founded Uptown Arts, and discovered he had a knack for digital commercial communications.

With more than 18 years experience delivering creative solutions for some of the world’s most recognizable brands, he has established himself as a non-conventional vector artist who explores cultural iconography, pop culture, and speculative narratives.

In addition to commercial endeavors, he is presently collaborating with New York City and Los Angeles art organizations such as Republic Worldwide Inc., The Lodge Gallery, The Fountain Art Fair, Gallery 1988, Iam8Bit Gallery, and the Poster Posse.

To be in with a chance of winning a set of three SIGNED posters by director Tom Green, just answer the question below correctly.