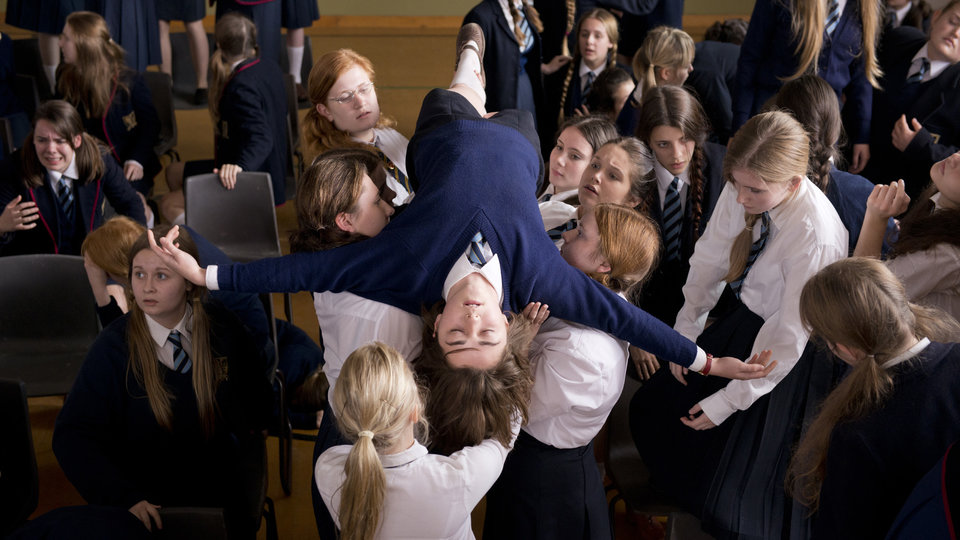 The Falling is in cinemas now, and to celebrate we’ve got three copies of the legendary Tracey Thorn’s absorbing soundtrack to give away!

Set in 1969 in a rural British girls’ school, The Falling explores what lies behind a mysterious fainting and twitching outbreak that rapidly spreads amongst the pupils.

A gang of committed friends including prefect Susan, who longs to be Abbie, and skeptical Titch who remains unaffected by the fainting, surround Lydia. But none of them can take Abbie’s place. Only her older brother, loner, occult-follower and ley-line believer Kenneth, is able to provide some solace. When the sympathetic young art teacher Miss Charron tries to reach out to Lydia, she herself becomes caught up in the fainting epidemic.

Within the volatile, strange atmosphere of the school and her troubled home-life, Lydia feels driven to discover what is really behind everything that seems wrong. As the fainting escalates Lydia confronts the authority figures around her: her mother, self absorbed home hairdresser Eileen, the unbending and indomitable deputy head Miss Mantel, and the enigmatic and powerful headmistress Miss Alvaro. Eventually Lydia’s actions force old secrets to rise to the surface and she finds herself faced with a truth that she never expected.

The Falling is in cinemas now!

To be in with a chance of winning a copy of the soundtrack, just answer the question below correctly.

In this article:Competition, Maisie Williams, The Falling, Tracey Thorn