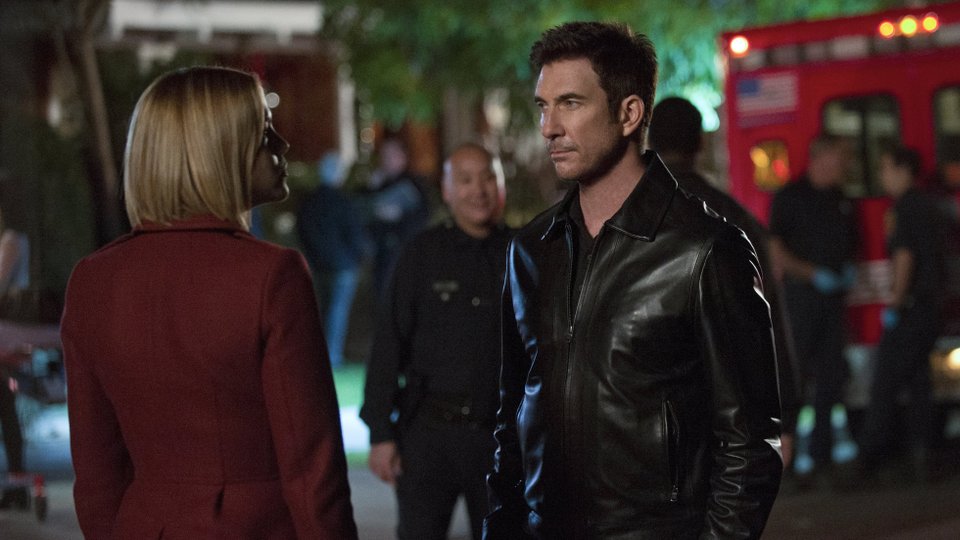 Life guard Nicole Clark (Phoebe Tonkin) was left devastated when her stalker killed her fiancee Dave (Michael Rady) by burning him to death on the beach in the latest episode of Stalker.

Calling upon Beth (Maggie Q) and Jack (Dylan McDermott) to help find the culprit, Nicole’s world was turned upside down. Suspicion fell on Nicole and Dave’s exes before the TAU turned their attention to the parents of a young boy who drowned whilst Nicole was on duty. It turned out the antagoniser was closer to home and it was Nicole’s roommate Zoe Parsons (Nicholle Tom) who was behind it, motivated by her feelings for Nicole.

Elsewhere Amanda (Elisabeth Rohm) invited Jack over to have dinner with their son causing Trent (Warren Kole) to break up with her.

The next episode of the season is Lost And Found. Beth and Jack tap a high school’s rumour mill when a stalker makes a sports coach’s life a living hell. Meanwhile, Perry (Erik Stocklin) and Ray (Eion Bailey) hatch a plan.