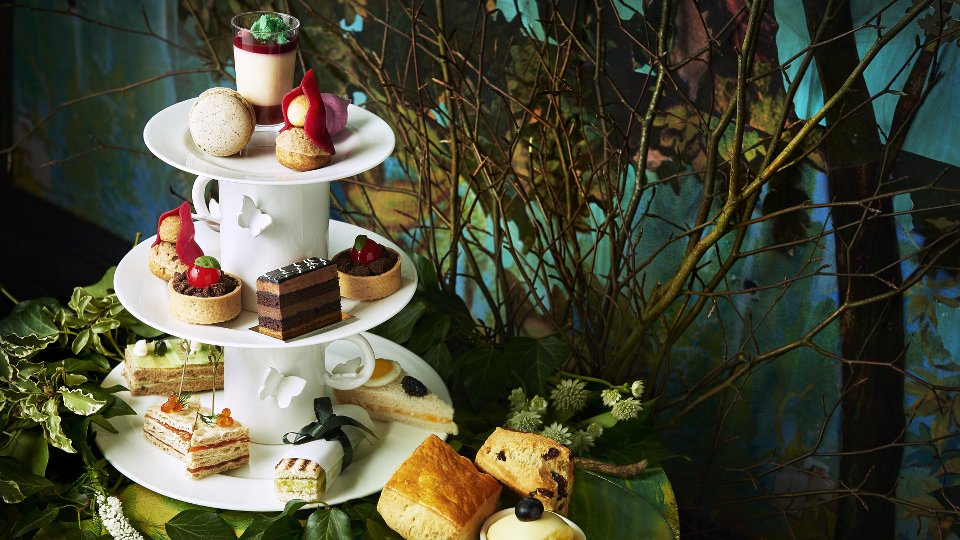 Ever fancied an Into The Woods themed afternoon tea? Well all your dreams have just come true.

To mark the Blu-ray and DVD release of Disney’s musical adaptation, released Monday 18th May 2015, London Mayfair venue sketch has teamed up with the film to create a limited edition run of its afternoon tea. Called ‘Tea In The Woods’ the afternoon tea special will be available for three weeks from Monday 18th May until Sunday 7th June.

The menu recreates some of the classic afternoon tea elements giving them a fairytale woodland makeover. Included in the re-vamped tea is Little Red Riding Hood’s Choux, Jack’s Beanstalk Tart and a Prince Charming Green ‘Sand-Witch’, all complemented by the Baker and His Wife’s selection of sketch pastries.

Hervé Deville and Christophe Gasper, Executive and Pastry Chefs at sketch, comment, “Fantasy, fairytale, magic, colours and textures are words and adjectives that sketch has in common with Disney… We were naturally inspired as we always enjoy telling a story through our menus!”

The special is available for £39 per person and it can be pre-booked for The Gallery online, or taken in The Glade Room on a walk-in basis. The first 30 people to book Tea in the Woods will win a copy of the film and the award-winning soundtrack – a must for all musical fans and Disney enthusiasts.

The full menu is:

In this article:Into The Woods, sketch