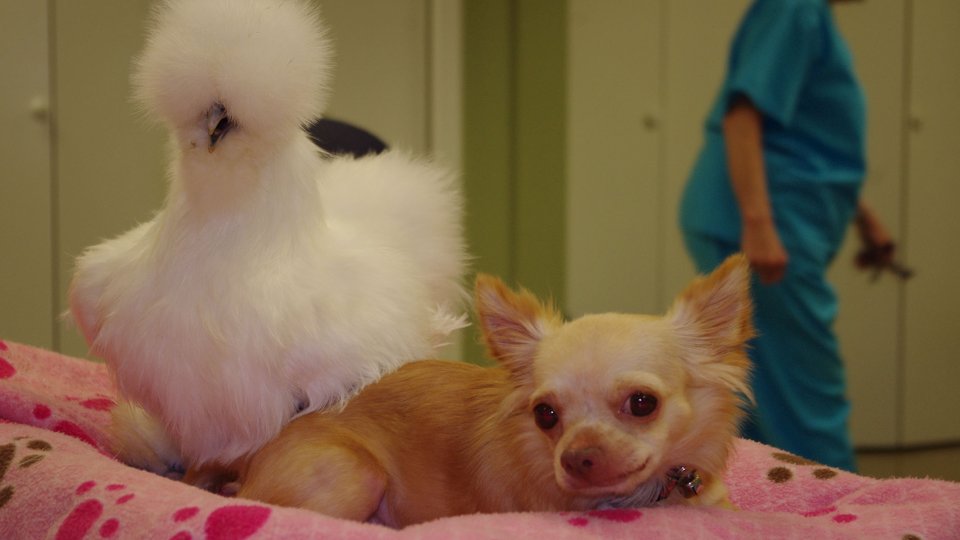 The new series of Bizarre Animal Friends starts tomorrow on Nat Geo Wild and it promises to be a cute fest.

Tomorrow night’s episode tells the story of Roo, a two-legged Chihuahua, and Penny, a Silkie chicken. The unlikely best friends are inseparable after meeting for the first time when Roo was found cold and abandoned in a park, with a severe birth defect that meant he was missing his two front limbs. When he was rescued and taken back to the animal hospital he met another two-legged friend, Penny the chicken. Penny went over and sat on Roo to warm him up.

You’ll also have the chance to meet Mr. G, the goat, and Jellybean, the donkey, who lived together for a decade in a tiny dirt pit. When rescued they were separated and Mr. G started acting very odd. He refused food and spent all his time lying down in a corner of his new pen, looking very downcast. He wasn’t sick, he was sad. When his new carers saw this, they made the long trip to try to reunite him with Jellybean before it was too late. Trust us, you’ll want to watch the heart-warming home video of their reunion!

You can watch a super cute clip at the top of this article. Don’t forget to tune in to Bizarre Animal Friends on Nat Geo Wild at 8pm tomorrow night.

Advertisement. Scroll to continue reading.
In this article:Bizarre Animal Friends