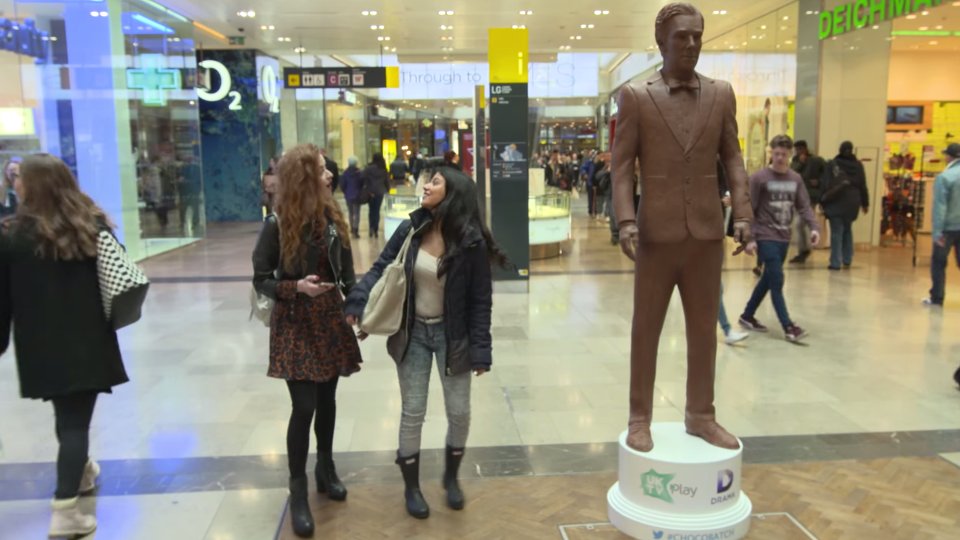 Installed in a London’s Westfield Stratford City shopping centre, the statue celebrated the launch of TV channel Drama on the new on-demand service uktvplay.co.uk after the actor was voted Britain’s dishiest dramatic actor. Secretly filmed, shoppers were caught licking, chewing and chomping their way through the Cumberbatch statue.

Affectionately known as Chocobatch the sculpture was left with missing body parts after sneaky shoppers helped themselves to his ears, fingers and parts of his head.

Adrian Wills, General Manager of Drama said: “In celebrating the launch of Drama on UKTV’s on demand service, uktvplay.co.uk, we wanted to have a bit of fun with one of the stars of the channel and one of Britain’s most loved actors – Benedict Cumberbatch. We knew a chocolate statue of the drama actor may prove tricky to resist so this was an experiment in many ways. Fans clearly couldn’t keep their hands off him – he’s been ravaged!”

Watch the footage from the stunt below: