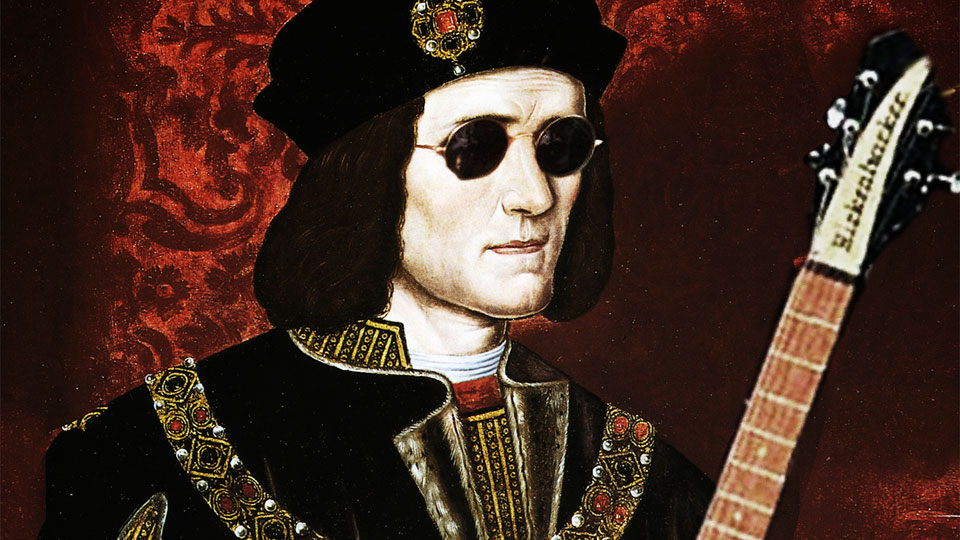 But England’s last Plantagenet king will be brought vividly back to life later this year with the world premiere in London of a major new Swedish rock opera, RichardRocks.

Featuring cutting-edge lighting, sound design, video and computer animation, RichardRocks will open for a five-week season from October 3rd in the 770-seat Great Hall of The People’s Palace, a superb Art Deco theatre in the East End. It closes on Saturday 7th November.

RichardRocks, with 35 original songs and a cast of 28, has been inspired by both Shakespeare’s Richard III and by Al Pacino’s 1996 film, Looking for Richard. It has music by Peter Robsahm, book and lyrics by Maria Robsahm, and is directed by Staffan Aspegren. It is produced by Viper Island Production in collaboration with London-based producer and promoter, From Sweden Productions.

Swedish musical theatre star Fred Johanson will play Richard III. The rest of the roles will be cast in London.

“Don’t expect this Richard to be a hunchback with a bad haircut,” warns writer Maria Robsahm. “Our Richard is a manipulative Machiavellian prince – a modern psychopath. Externally he is charismatic, handsome and witty. It’s inside – morally and psychologically – that he’s distorted. He knows how to get what he wants, whatever the cost. He sees the people around him either as a means to an end or as obstacles to be removed.”

For more information and to book, see www.richardrocks.com.

Advertisement. Scroll to continue reading.
In this article:RichardRocks