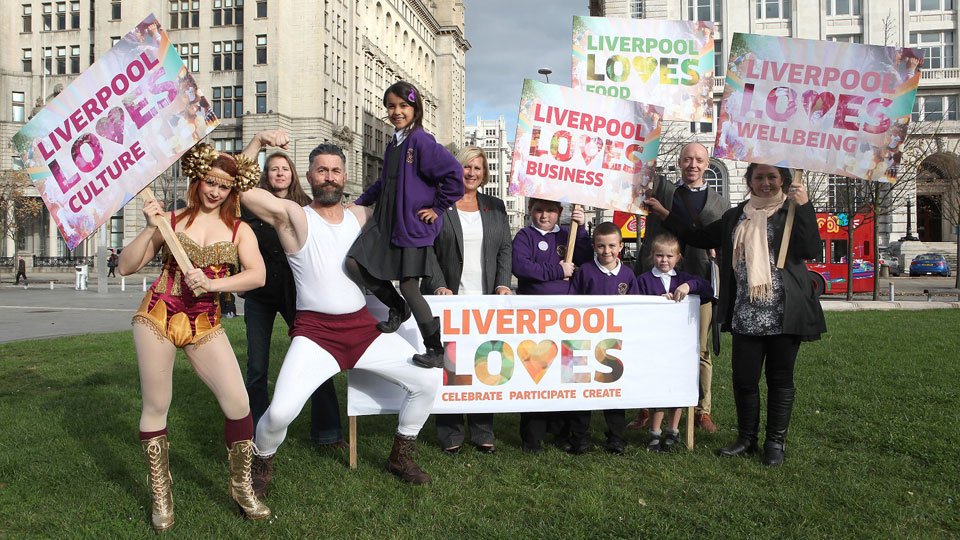 The first phase of programming information for the cultural element of new summer festival Liverpool Loves has been announced.

The new business and cultural festival that celebrates the best of life around the city region will take place over three days at Pier Head Liverpool from Thursday to Saturday, 6th to 8th August.

Organisers Orb CIC have announced that the Saturday (8th August) will be a free to attend Festival Day with a cultural focus running from 10am to 10pm – a full 12 hours of excitement by the river.

The full day programme of entertainment and activities will span across various zoned areas to cover music, the arts, dance, comedy, food and drink, health and well-being, and family fun – creating a real festival atmosphere at the heart of the waterfront.

Liverpool Loves is the brainchild of city centre based events company Orb CIC, who created Liverpool Pride 2010 and is co-creator of the Brazilica Festival.

A whole host of local bands will provide a soundtrack to the day on the Bold Management Stage and prove that Liverpool Loves Music, curated by music industry expert Martin O’Shea. Confirmed performers so far include, Stephen Langstaff, Chelcee Grimes, Satin Beige and Shamanarchy – as well a full headline bill of established local acts still to be announced.

Dovedale Social and Merseyrail Sound Station will be on hand to present some of the very best new and emerging artists from the region, such as Merseyrail Sound Station’s winner in 2014, hip-hop starlet Blue Saint. Local musicians that would like to apply to play at the festival are being asked to contact info@liverpoolloves.co.uk.

Liverpool Loves Entertainment and there will be plenty of attractions to prove just why Liverpool is renowned as a ‘World in One City’ – with diverse cultural activities such as traditional Chinese dance, Indian dancing and music, Arabic and African music, street dancing, Free-Fall circus and much more. Liverpool Comedy Festival are curating a side-splitting comedy programme with top Liverpool comedians and there’ll also be pop-up performances from the Oh Yes Street Theatre Company.

A team of artists are creating a range of exciting installations, watch this space. There’ll be a street art exhibition by Zap Graffiti and full market of local crafters and vintage goods with Capstan’s Bazaar. Finally, book and poetry readings from local authors will be headed up by The Reader’s Organisation, offering up literary inspiration for all ages.

Sending the party out with a bang at the end of the night will be a mass singalong of The Beatles greatest classics like All You Need is Love and Love Me Do. Featuring hundreds of singers from Rock and Roll Choir and Liverpool Community Choir, the public are being asked to come along, join in and show their love for the city.

Festival Director Josh Boyd from Orb CIC commented: “We are extremely excited to release the first stage of announcements for Festival Day of Liverpool Loves. We’re programming in loads of dynamic artists and performances to bring together an authentic experience of everything that we all love about Liverpool – music, the arts, comedy and theatre – and the various zones will do just that. People can expect an interesting and vibrant site to meander through, giving a fantastic festival atmosphere. We are creating a new kind of event for the city, and it will be something very different to what people have seen before – our own mini-version of Glastonbury at the very heart of the waterfront.”

Advertisement. Scroll to continue reading.
In this article:Liverpool Loves