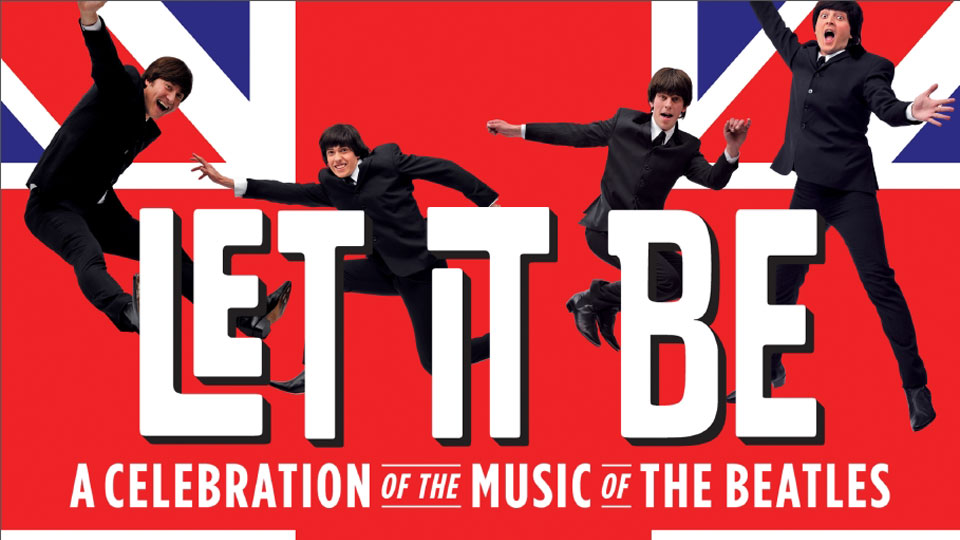 Tickets for the International hit show that celebrates the music of The Beatles are now on sale in their hometown of Liverpool. Direct from London’s West End, Let It Be will officially re-launch the multi-million pound refurbishment of the Royal Court Theatre and run for 5½ weeks from Thursday 8th October – Saturday 14th November 2015. The dates also coincides with John Lennon’s 75th birthday on Friday 9th October, the first year with a switch in focus to celebrate his life and musical contribution.

Let It Be established itself as one of the West End’s most popular shows when the production originally opened at the Prince of Wales Theatre in September 2012, where it recouped its initial investment after just 18 weeks before transferring for a year-long run at the Savoy Theatre from January 2013 – February 2014. The show has recently returned to the West End for an 8-month run at the Garrick Theatre.

Let It Be showcases the music of the world’s most successful rock ‘n’ roll band, in a spectacular concert charting the band’s meteoric rise from their humble beginnings in Liverpool’s Cavern Club, through the height of Beatlemania, to their later studio masterpieces. The show is packed with over forty of The Beatles’ greatest hits including: Twist and Shout, She Loves You and Drive My Car, as well as global mega-hits Yesterday, Hey Jude, Come Together and, of course, Let It Be. Travel back to the magical sixties when all you needed was love, and a little help from your friends!

The show will officially launch the completion of a £2.8m refurbishment of the Royal Court.

In this article:Let It Be, Liverpool, Royal Court Theatre, The Beatles